A second term for Trump well within the realm of possibility 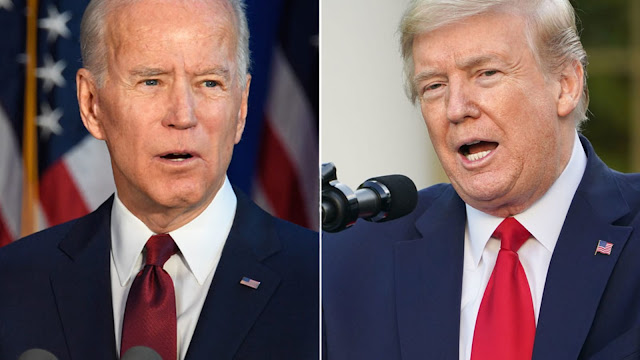 With just over 50 days until the election, most objective observers will tell you that Joe Biden is favored to win. Indeed, Biden leads Donald Trump by over 7 points nationally, according to the Real Clear Politics average.
However, there is still a clear path to victory for Trump, and this race is actually much closer than many now believe it to be. While Biden leads nationally and in several battleground states, many of his leads in swing states are even tighter than they were for Hillary Clinton in 2016, notably in Pennsylvania, Michigan, and Florida, all states that Clinton lost.
Several of his leads in battleground states are within margins of error, as in Nevada, where Biden leads by 4 points, and in New Hampshire, where he leads by 3 points, according to polling by the New York Times and Siena College. His lead in Arizona has shrunk to just 2 points, according to polling by Gravis. Indeed, this past week, the Cook Political Report changed its election forecast, moving Florida from “lean Democrat” to “toss up,” and moving Nevada from “likely Democrat” to “lean Democrat.”
The tightening race can be attributed to the fact that margins for Biden are shrinking with the core constituencies of Hispanic voters and white working class voters. Hispanic voters comprise a significant percentage of the eligible population in swing states like Florida and Arizona. As a group that votes reliably blue when they do turn out, notably Hispanics not of Cuban descent, Democrats must turn them out in large numbers in order to be successful. This will take a robust targeted advertising campaign and a significant investment in a voter outreach operation.
While Biden has employed neither strategy to the extent it needs to, Trump has been making inroads with Hispanic voters through targeted advertising and media, especially in Miami Dade County. Trump has outspent Biden by about $4 million on television ads in this market, a majority of which are Spanish language ads. Conservative allies of Trump are also heavily engaged in voter outreach. This investment is helping Trump gain ground among Cuban American voters, who are receptive to his tough stance toward Havana, cultural conservatism, and likely also his attacks on Democrats for backing policies that lean toward socialism.
This Hispanic engagement is raising the chances of Trump winning this swing state rich in delegates. Biden still has a lead in Florida, but it has shrunk since last month, and now stands at less than 3 points, according to Five Thirty Eight. There are challenges in surveying Hispanic voters, including language barriers and sampling issues, so their overall support for Trump in places like Florida and Arizona may even be understated, given that the president is making gains with this group that is difficult to survey.
While Hispanics not of Cuban descent swung for Clinton in 2016, turnout among these voters was lower than her campaign anticipated, as its assumption was that scathing remarks by Trump about Hispanics would drive these voters to show up for Clinton. Regrettably, Biden and his campaign seem to be engaging in this same miscalculation. Although Biden leads Trump among Hispanics overall by 16 points in Florida, according to polling by Equis Research, he is trailing the numbers that Clinton had by 11 points. Clinton won these voters by 27 points, even as she still lost the state to Trump.
Likewise, Biden is losing ground in Midwest and Rust Belt states with high populations of white working class voters, such as Pennsylvania and Michigan, which swung for Barack Obama in 2008 and 2012 but then for Trump in 2016. Indeed, the failure of Biden to convey a narrative focused on jobs has likely contributed to his polling lead diminishing in states like Pennsylvania. His lead over the president there has fallen by more than 1 point since last month, according to Five Thirty Eight.
Moreover, in the last four years, there has been a notable swing in voter registration to Republicans in states like Pennsylvania, signaling the potential for another victory by Trump in that state. As a recent analysis by Politico detailed, Republicans have netted several times as many registered voters in Pennsylvania than Democrats have since 2016. Republicans added nearly 198,000 registered voters in the last four years, while Democrats have gained only 29,000 registered voters.
Further, as the New York Times has argued, anecdotally and using statistical evidence from past elections, this race could well be about rural voters, who turned out for Trump in 2016, though Biden has largely ignored them, and it could be part of the undoing of the Democrats again, as it was in 2016. Thus, while Biden is ahead at the moment, a second term for Trump is well within the realm of possibility.
Opinion