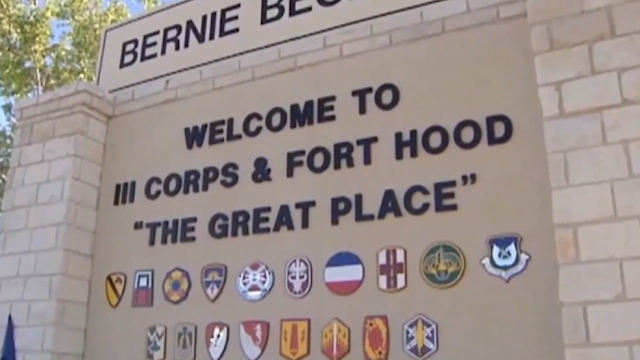 So far this year they say five have died in a homicide, the most the post has seen in a single year dating back to 2016.

On March 1, Shelby Jones was shot at a strip club in Killeen and died a short time later a convenience store on South Fort Hood St.

Freddy Beningo Delacruz Jr. was shot repeatedly and killed March 18. Authorities found him, another man and a woman all dead while responding to a call of a water leak at the Summerlyn Apartments on East Rancier Ave. in Killeen. U.S. marshals arrested Barnard Lnell Morrow, 21, five months later in Mississippi on August 28 on capital murder charges.

On June 30, contractors working on a fence along the Leon River discovered what appeared to be human remains that were later identified as those of Spc. Vanessa Guillen, 20, who was last seen sometime between 11:30 a.m. and 12:30 p.m. on April 22 in the parking lot of her 3rd Cavalry Regiment Engineer Squadron Headquarters.

She was murdered by another soldier, court documents show.

On May 18, the body of Pfc. Brandon Scott Rosecrans, 27, was shot along Fuller Lane in Harker Heights, multiple times, perhaps while he was asleep in the passenger seat of his 2016 Jeep, which was found on fire nearly three miles away.

Brandon Michael Olivares, 28, was arrested in his murder in August.

During a K9 search while Guillen was still missing, the remains of Pvt. 2nd Class Gregory Wedel-Morales were found on June 19 in the 3200 block of Florence Road in Killeen. Officials suspect foul play, though no arrests have been made. Morales disappeared on August 19, 2019.

Jakob Aton, 22, of Science Hill, Ky., was struck and killed while attempting to direct traffic around vehicles involved in a minor crash on U.S. Highway 190/Interstate 14 on August 12, and Pvt. Eric Christopher Hogan and Pvt. Anthony Nevelle Peak both died in a two vehicle crash in Williamson County on February 1.

Spc. Aaron David Robinson, of Calumet City, Ill, the alleged murderer of Guillen shot himself in the head early in the morning on July 1 in the 4700 block of East Rancier Avenue as Killeen officers approached him.

Two soldiers died of an illness this year according to officials, though no names have been made public in those cases.

Spc. Christopher Wayne Sawyer, 29, was found dead in early March in an on-post residence; foul play was not suspected, but was not ruled out.

No other pending deaths have been made public at this time.

15, were accidents, five died of an illness, 17 died by suicide and one is still pending.

Eight were accidents, three died of an illness, 16 by suicide and one is undetermined/pending.

10 accidents left Fort Hood soldiers dead in 2017, two were killed in homicides, two died of an illess, 14 died by suicide and one is undetermined/pending.

16 died in some kind of accident, four died of an illness and 17 died by suicide.

Fort Campbell, with a similar soldier population to Fort Hood is reporting 15 deaths so far this year. Four were accidents, three were killed in homicides, one died of an illness and seven have died by suicide.

Fort Bragg; which has nearly double the soldier population as Fort Hood, is reporting 24 deaths so far this year, with five of them happening in accidents, one homicide, seven from illness, nine by suicide and two still pending.
Texas