With a 2020 victory, Trump could transform Supreme Court into a conservative supermajority 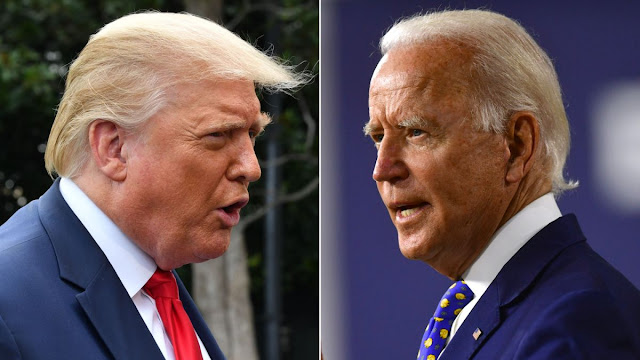 President Trump has a chance to transform the Supreme Court into a conservative supermajority if he wins another four-year term, underscoring the potential stakes of this year's election for future court decisions on everything from the Second Amendment to abortion.

If reelected, Trump would likely get the opportunity to replace ailing liberal Justice Ruth Bader Ginsburg, 87, and possibly fellow liberal Justice Stephen Breyer, 82, which would give conservatives a commanding 6-3 or 7-2 majority. It would also move the court’s fulcrum to the right of its current ideological center, Chief Justice John Roberts, whose stewardship of the court is seen by some conservatives with increasing skepticism.

At the same time, a Democratic win in November could lead to a dramatic reshaping in the opposite direction. A Biden administration might get the chance to field a liberal replacement for conservative Justice Clarence Thomas, 72. He is currently the longest-serving member of the court, and his 28-year tenure is beyond the typical length of service.

Though Thomas is not expected to leave the court in the near term, especially if Biden wins the White House, his surprise retirement would give a Democratic administration a chance to gain a 5-4 liberal majority, with a rejuvenated liberal bloc that might eventually count Justices Sonia Sotomayor, 66, and Elena Kagan, 60, as its oldest members.

The looming churn on the Supreme Court bench means the upcoming vote could lead to relatively stable areas of law — concerning issues such as gun control, voting rights, campaign finance and abortion rights — being loosed from their legal moorings, creating an opportunity that both liberal and conservative groups hope to seize to extend their gains and forestall future losses.

“There’s no question the future of the Supreme Court is on the line right now,” said Christopher Kang, chief counsel for the progressive group Demand Justice. “We could be on the verge of a Trump supermajority on the court that would last for decades, and it’s already clear that many of the Republican justices are itching to strike down commonsense gun safety laws, restrict the right to abortion, curtail LGBTQ+ rights, empower corporations and further undermine the right to vote.”

Despite these weighty consequences, polls show that barely more than half of registered voters consider the Supreme Court “very important” in 2020, with slightly more Democrats — 57 percent — than Republicans — 53 percent — agreeing with the sentiment. Among GOP voters, the high court ranks below the economy, national security, health care, taxes and a range of other priorities.

Political analysts say the tepidness among Republicans marks a dramatic drop-off in enthusiasm compared to 2016, when Senate Republicans breached long-standing norms to hold open the court vacancy resulting from the death of conservative Justice Antonin Scalia, as then-candidate Trump made control of the court a focal point of his campaign.

As president, Trump went on to nominate Justice Neil Gorsuch as Scalia’s replacement before moving the court further right by replacing its erstwhile swing voter Justice Anthony Kennedy with Justice Brett Kavanaugh. Polling conducted after the term that ended in July shows that, despite the Supreme Court having delivered some major setbacks to conservative causes, 6 in 10 Republicans approve of how the court is handling its job.

Trump has enjoyed outsize success in placing conservative judges on the Supreme Court and lower federal benches. For this reason, GOP strategist Doug Heye said, Trump’s best bet for mobilizing GOP voters is not to promise additional legal gains if reelected but to paint a grim portrait of a liberal takeover of the courts.

“To get conservatives more enthusiastic about this, it’s not going to be ‘we can do more,’ because they’re happy with the job Republicans have done on the courts — and not just at the Supreme Court,” Heye said. “So ‘we can do more’ doesn’t really work. It has to be a ‘this is what could come next.’ And that can work.”

“I think it’s Second Amendment, religion, abortion — those are the big three,” Heye added. “Trump may only have to say a line or two about it, but ‘Joe Biden is going to take away your guns’ — Trump’s going to say that.”

For some conservatives, the Supreme Court’s recent rulings are a rich vein of discontent.

The conservative-majority court delivered wins and losses to both liberals and conservatives alike, though largely without issuing maximalist rulings in either direction. But in the process, the justices dealt major blows to cherished conservative causes.

One of the most reliably liberal votes on the court belongs to Ginsburg, who has faced a number of health problems since being nominated to the Supreme Court by former President Clinton in 1993. Just weeks ago, Ginsburg announced a recurrence of liver cancer, marking her fifth bout with the disease.

As the Supreme Court’s most recent term drew to a close, conservatives began describing the bench in ever starker terms, with Trump at one point calling the court’s decisions “shotgun blasts into the face” of Republicans while urging the need for more reliable justices to bolster its unsteady 5-4 conservative majority.

“If the Radical Left Democrats assume power, your Second Amendment, Right to Life, Secure Borders, and Religious Liberty, among many other things, are OVER and GONE!” Trump said in a June 18 tweet.

While the court term did deliver a trio of wins for religious liberty advocates, the justices went on to interrupt their summer recess to deny a request by a Nevada church group seeking an override of health restrictions on religious gatherings amid the coronavirus pandemic, prompting a rare rebuke from Vice President Pence.

"Look, we have great respect for the institution of the Supreme Court of the United States, but Chief Justice John Roberts has been a disappointment to conservatives," Pence said in an interview earlier this month with the Christian Broadcast Network, citing Roberts's decisive vote against the Nevada church and his 2012 role in upholding the Affordable Care Act.

But as the battle nears for the control of the White House and Senate, where a simple majority vote is needed to confirm judicial nominees, Democrats and their allies also hope to mobilize voters around control of the courts.

Brianne Gorod, chief counsel at the Constitutional Accountability Center, a progressive nonprofit firm that filed briefs in two dozen cases during the Supreme Court’s term, said the judiciary should be a major voting issue given its role in everything from criminal justice reform to corporate accountability.

“The Supreme Court, and also the lower federal courts, should be an issue for every voter, regardless of where they fall on the ideological spectrum,” she said. “While in the past Republican voters may have focused on the courts more than Democratic voters have, that shows signs of changing, and rightfully so.”

In 2016, Trump beat Democratic nominee Hillary Clinton by 15 percentage points among voters who said the Supreme Court was the most important factor behind their vote.

Yet even if the court proves a stronger motivator for Republicans than Democrats come November, GOP enthusiasm is unlikely to match the intensity of the last election given Trump’s first-term success in filling existing court vacancies, said Heye, the Republican strategist.

"So often you see a team win a championship, then they lose that urgency for the repeat," he added.
National