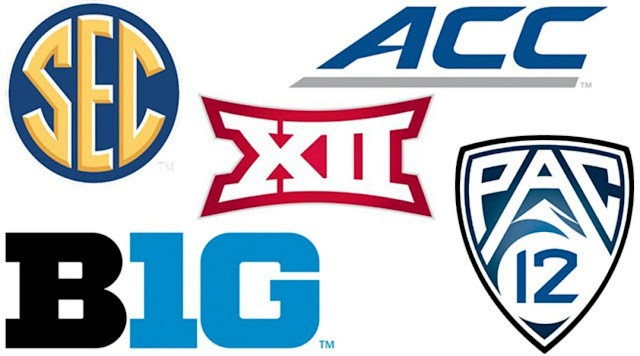 ESPN first reported what was deemed an "emergency" meeting, citing several sources. However, the Sunday meeting was previously scheduled and not unplanned, sources told several other media outlets.

"It's an ongoing conversation we've been having for weeks," Big 12 commissioner Bob Bowlsby said on Sunday night. "We talk almost every day. I'm not aware decisions have been made."

He added: "You don't want to believe everything you read. It was a regularly scheduled call. We talked about a whole bunch of different things. All of us would be less than honest if we wouldn't acknowledge that the trend lines are troubling and the last two weeks or three weeks have not been positive."

It was reported Saturday that two Power Five athletic directors deemed the cancellation of fall sports and the 2020 college football season an 'inevitable' conclusion of talks within their respective conferences.

"I think it's inevitable [the season will not be played in the fall]," a veteran Power Five athletic director said Saturday.

"It's not fair what we're doing to our coaches and student-athletes," another long-time Power Five AD said Saturday. "The sooner we can come to a finality, the better."

Neither AD wished to be identified due to the sensitivity of the situation.

A recent discussion among Big Ten presidents was reported to be the impetus for the meeting as league presidents appear to be leaning toward canceling their conference's season and hoped to see where the ACC, Big 12, Pac-12 and SEC stood.

Big Ten presidents have yet to vote on whether to cancel fall sports in 2020.

Bowlsby is not sure whether the Power Five conferences will be united on a decision to cancel the season. "Ultimately, we have to do what's best for our league," he said.

The MAC on Saturday became the first FBS conference to cancel its 2020 college football season. UConn, an independent program, canceled its season on Wednesday.

"I'm of the opinion it's when, not if [the 2020 season is canceled]," the second AD said. "[The MAC announcement] adds more momentum to the finish line. I think everyone's medical group is now all telling them the same thing. We all keep having the same conversations."

More than 30 Power Five players, including multiple potential first-round draft picks, have opted out of playing in 2020 citing health concerns.

The Big Ten on Saturday announced it was "indefinitely" delaying a move to Phase 3 of practice that would have allowed players to use pads. The Detroit Free Press reported that Big Ten commissioner Kevin Warren is believed to prefer attempting to play a season in spring 2021. The Big Ten was the first conference to announce it would move to a conference-only schedule a number of weeks ago.