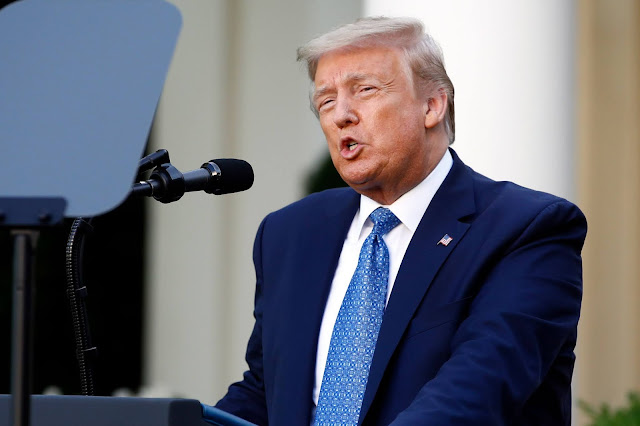 President Trump does not want to invoke the Insurrection Act to quell protests in U.S. cities, White House press secretary Kayleigh McEnany said Monday, after he had previously floated the possibility amid persistent demonstrations against racial injustice that have at times grown violent.

"The president does not want to invoke the Insurrection act, which has been used very sparingly. But what he does want is to help these cities where he can," McEnany told reporters.

The Trump administration would prefer "to work collaboratively with Democrat mayors and governors" in a supplemental role, she said.

Trump on Friday blasted protesters in Washington, D.C., who gathered near the White House following his speech to conclude the virtual Republican convention. Sen. Rand Paul (R-Ky.) was surrounded by protesters as he left the event and thanks Washington, D.C., police for keeping him safe.

The president went on to suggest that he again was considering invoking the Insurrection Act, which would enable him to send active-duty troops to cities to quell unrest.

“We’re going to have to look at it,” he continued. “Because we’re not going to let that happen to people who go to the White House to celebrate our country.”

Trump had previously mused about using the 1807 law amid mass demonstrations in the nation's capital in response to the police killing of George Floyd in Minneapolis. But he has seized again in recent days on protests in Portland and Kenosha, Wis., calling for "law and order" and making vague threats about getting involved if Democratic leaders do not crack down on unruly demonstrators.
National