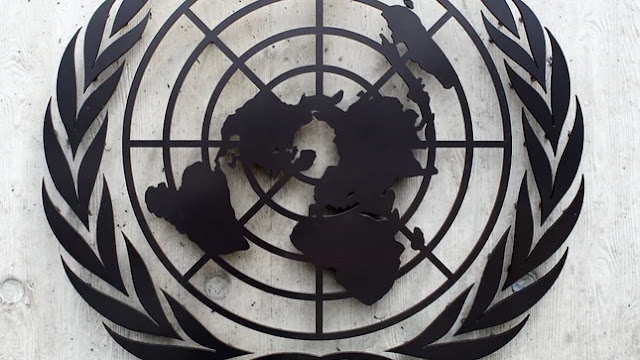 The U.S. government on Wednesday denied a United Nations panel's accusation that states have restricted abortion access during the COVID-19 pandemic, and rejected the notion that there is an assumed “right to abortion.”
“The United States is disappointed by and categorically rejects this transparent attempt to take advantage of the COVID-19 pandemic to assert the existence of such a right,” the U.S. mission in Geneva said in a letter to the U.N. Working Group on Discrimination Against Women and Girls.
The mission was responding to a letter the working group sent in May regarding alleged undue “restrictions taken in the context of the COVID-19 pandemic impeding access to abortion services” in the United States.
The U.S. called the panel's letter "bizarre and inexplicable," and said the accusations were "a perversion of the human rights system and the founding principles of the United Nations."
The United States has said one of its major international priorities is "protecting the unborn."
President Trump said in his address to the U.N. General Assembly last year that it has “no business attacking the sovereignty of nations that wish to protect innocent life.”
The U.N. working group said in its letter that COVID-19 emergency orders suspending nonemergency medical procedures had been used by states such as Texas, Oklahoma, Alabama, Iowa, Ohio, Arkansas, Louisiana and Tennessee to restrict access to abortion.
“We regret that the above-mentioned states, with a long history of restrictive practices against abortion, appear to be manipulating the crisis to severely restrict women’s reproductive rights,” Elizabeth Broderick, the panel's vice chair, said at the time.
States justified the orders as necessary to conserve personal protective equipment, though none of them are still in effect.
The American College of Obstetricians and Gynecologists and other leading medical professional organizations issued a statement defining abortion as a time-sensitive and “essential component of comprehensive health care,” adding that delays “may increase the risks or potentially make it completely inaccessible.”
But in response to the panel's letter, the U.S. government's representatives scolded the U.N. group for getting involved in American domestic policy, rather than focusing on "actual human rights abuses."
"We are particularly disappointed that you have chosen to waste the limited time and resources of your mandates on such spurious allegations, rather than focusing your energies on areas where your attention is most appropriate and warranted," the U.S. wrote.
For example, the U.S. mission cited allegations of forced sterilizations and abortions being carried out by the Chinese Communist Party in China’s western region of Xinjiang.
"These are actual human rights abuses, implicating millions of women and girls and their health, on an industrial scale, targeting a vulnerable ethnic and religious minority. Yet the United Nations system — including the Secretary-General, the Human Rights Council, and the Office of the High Commissioner for Human Rights — has been notably quiet on this topic," the U.S. said.
The U.S. representatives also said that silence is one of the reasons the U.S. sees the U.N.'s human rights system "as utterly broken."
"The tendency of its self-appointed guardians to label certain policy preferences as 'rights' [is] a practice that devalues the entire human rights enterprise and leads to absurd outcomes" like the panel's letter, the U.S. said
World