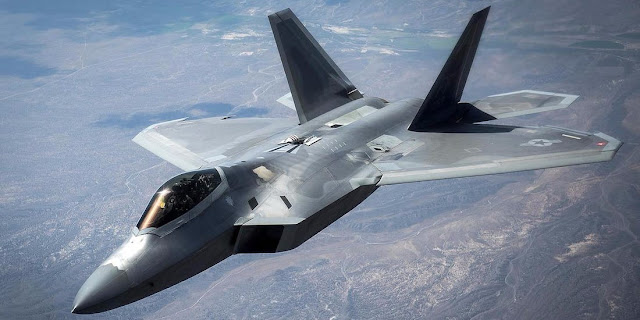 The Russian jets, which came within 50 nautical miles of the Alaskan shore, stayed in international airspace, NORAD said.

The Russian planes “loitered” in the air defense identification zone for about five hours, the release added.

“Our northern approaches have had an increase in foreign military activity as our competitors continue to expand their military presence and probe our defenses,” NORAD commander Gen. Glen VanHerck said in a statement. “This year, we’ve conducted more than a dozen intercepts, the most in recent years. The importance of our continued efforts to project air defense operations in and through the north has never been more apparent.”

The encounter in the sky came hours after the U.S. military said a Russian submarine surfaced near Alaska.

U.S. Northern Command tweeted Thursday night that it was “closely monitoring” the submarine.

“The current Russian maritime activity is taking place in international waters well outside the U.S. territorial sea,” Northern Command added. “We have not received any requests for assistance from the Russian Navy or other mariners in the area.”

The Russian Defense Ministry said Friday it was conducting major naval drills near Alaska, according to the Associated Press.

The United States and its allies conducted their own major show of force Friday.

Nuclear-capable U.S. B-52 bombers, joined at various points by aircraft from more than a dozen NATO allies, flew over all 30 NATO countries Friday in a mission the U.S. military said was meant to show alliance solidarity.

“U.S. security commitments to the NATO alliance remain ironclad,” Gen. Tod Wolters, commander of U.S. European Command, said in a statement about the bomber exercise, dubbed “Allied Sky.” “Today's bomber task force mission is another example of how the alliance sustains readiness, improves interoperability and demonstrates our ability to deliver on commitments from across the Atlantic.”
World