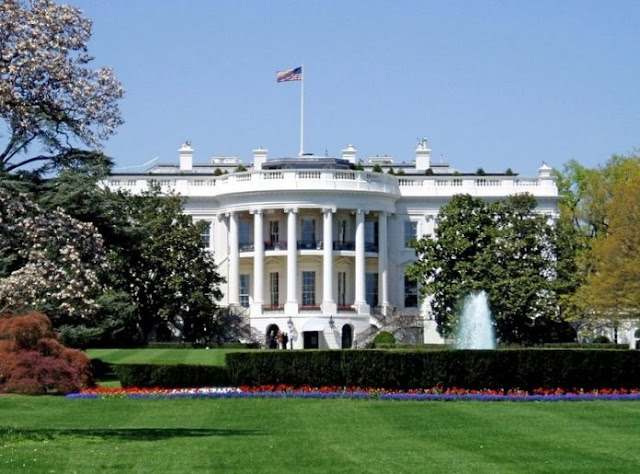 President Trump confirmed he intends to accept the Republican nomination from the White House lawn, despite criticism about the location, The New York Post reported Thursday.

The president told the Post in an interview that he plans to make his socially-distanced acceptance speech at the White House in front of supporters.

"I’ll probably be giving my speech at the White House because it is a great place. It’s a place that makes me feel good, it makes the country feel good,” Trump told the Post.

“We’d do it possibly outside on one of the lawns, we have various lawns, so we could have it outside in terms of the China virus,” Trump added.

When asked whether he would host a crowd of supporters, he said, "We could have quite a group of people."

The president told the news outlet that he will visit his second choice location for the speech, Gettysburg, Pa., at a “later date.”

Trump originally suggested the idea of making the speech at the White House earlier this month, saying that was “probably” where he would give it. But the announcement sparked backlash from critics and some Republicans, who suggested it may violate the Hatch Act, which limits the political activities of federal employees while on duty.

The White House and the Trump campaign did not immediately respond to requests for comment.

The location of Trump's acceptance speech was up in the air after the president canceled the planned convention in Jacksonville, Fla., due to the rising number of coronavirus cases in the state.

Last week, after facing criticism from lawmakers, including from Sen. John Thune (R-S.D.), over his proposal to speak at the White House, the president said he intended to either deliver the Republican National Convention speech at the White House or the battlefield in Gettysburg.

Trump touted in his interview with the Post that making the speech at the White House would provide "tremendous saving[s] in cost." He added he would rather make a speech in Gettysburg when it wasn't summer.

“Gettysburg is special. I will be doing something at Gettysburg, it may be something different, not for the convention,” he said.

“We’re going to be doing something terrific at Gettysburg, but when it gets a little bit cooler because now it’s, you know, it’s August 27, so that’s pretty hot out there,” Trump added.

Several lawmakers questioned whether making the speech at the White House went against the Hatch Act, which forbids government employees from participating in partisan activities while on federal property.

The president and vice president are exempt from this rule, but others, like White House staffers, are not.

The Republican National Convention is operating at a limited capacity out of Charlotte, N.C., from Aug. 24 to 27. Trump is expected to be present to accept his renomination, but will make his acceptance speech slated for Aug. 27 elsewhere.

Charlotte was the original location for the convention before Trump relocated it to Jacksonville due to disagreements about coronavirus restrictions.

The Democratic National Convention is set to start next week, and former Vice President Joe Biden plans to accept the nomination from Delaware where he lives.
National