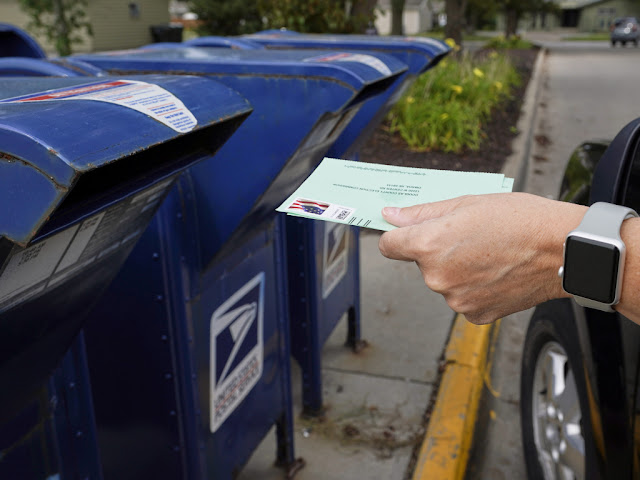 President Trump dismissed House Democrats’ push to give $25 billion to the Postal Service ahead of their vote Saturday, arguing it was just another attempt to invoke universal mail-in ballots.

Despite the president’s comments, the White House has actually offered to give more money to the Postal Service, even saying earlier this week they could be open to the Democrats’ $25 billion request.

Democrats say that number was given by the USPS board of governors earlier this year.

Democrats have pushed for mail-in ballots in the larger COVID relief talks, with their proposal allocating billions and requiring states to give voters that option this November.

Republicans argue the system is vulnerable to voter fraud because of outdated voter registration lists and ballot harvesting.

“They may send them to all Democrat areas, not to the Republican areas as an example,” Mr. Trump said on Fox News this week. “Could be the other way too, but I doubt it.”

Democrats, meanwhile, say the president’s attacks on mail-in-voting is just a scare-tactic.

“This president is worried that if everybody votes he’s going to lose. I agree with him on that premise,” House Majority Leader Steny Hoyer said Saturday, arguing voter fraud was much rarer than Republicans say.