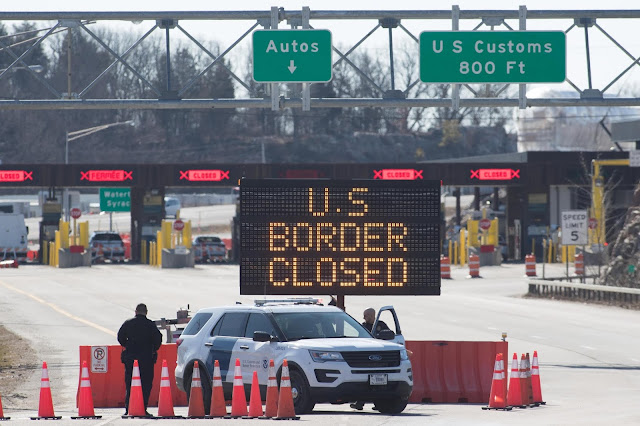 Travel restrictions with Mexico and Canada will be extended until Sept. 21, acting Secretary of Homeland Security Chad Wolf announced Friday.

“We continue to work with our Canadian and Mexican partners to slow the spread of #COVID19,” Wolf said in a tweet. ”Accordingly, we have agreed to extend the limitation of non-essential travel at our shared land ports of entry through September 21.”

Nonessential travel has now been banned between the three countries for six months. The ban on nonessential travel has been repeatedly extended in roughly 30-day intervals since March. Essential cross-border workers such as nurses and truck drivers have been allowed to cross during this time.

“We will continue to do what’s necessary to keep our communities safe,” Canadian Public Safety Minister Bill Blair said on Twitter.

The extension comes as the U.S. continues to see cases of the coronavirus surge in some parts of the country. The U.S. has more cases than any other country in the world at over 5.2 million cases, according to a count by Johns Hopkins University.