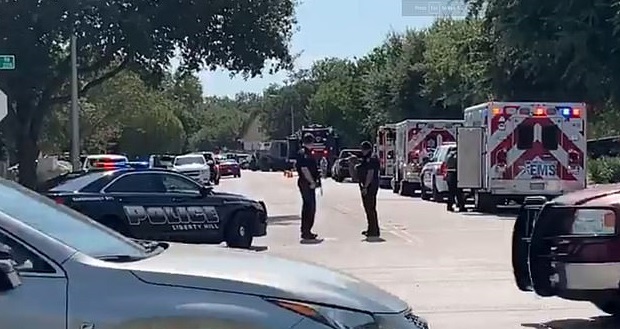 Residents have been asked to avoid the Heritage Park subdivision area after three Cedar Park police officers were shot on Sunday afternoon.

The Cedar Park Police Department said the officers were shot at while responding to a house call at a home off Natalie Cove. They are at a local hospital in a stable condition, and KVUE understands their injuries do not appear to be life-threatening.

Police said the subject is barricaded inside and multiple law enforcement agencies are on the scene. It remains an active situation, police said.

The City of Cedar Park asked residents to avoid Bagdad Road between Osage Drive and New Hope Drive. It said police and the fire department have closed the southbound lane of Bagdad at Heritage.

Witnesses said they heard multiple gunshots and there is a large law enforcement presence. Some residents told KVUE they got an alert to shelter in place.

No other details are available at this time.
Texas