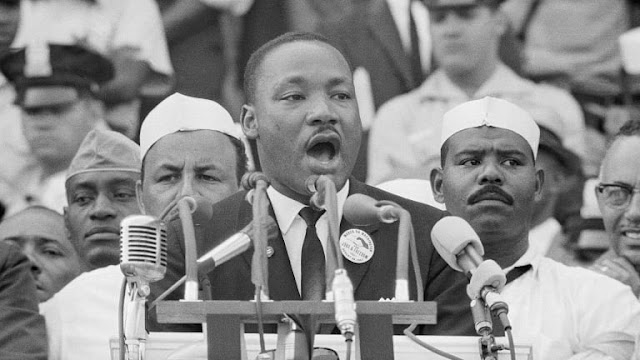 Tens of thousands of people are expected to march on Friday against racism and police brutality in Washington, D.C., an event that will also commemorate the anniversary of the 1963 march and Martin Luther King Jr.’s iconic “I Have a Dream” speech.

The 57th anniversary of the civil rights march comes following a summer of nationwide protests and civil unrest following the death of George Floyd, an unarmed Black man who died after a Minneapolis police officer was seen kneeling on his neck for nearly nine minutes.

It also coincides with protests erupting earlier this week in Kenosha, Wis., after an officer shot another Black man, Jacob Blake, multiple times in the back. Blake survived the shooting but is currently paralyzed from the waist down, according to family.

Friday’s event, entitled “Commitment March: Get Your Knee Off Our Necks,” was announced by civil rights activist Rev. Al Sharpton during his eulogy for Floyd in June. It is being hosted by Sharpton’s National Action Network.

Sharpton is expected to speak at the event, as are members of Floyd’s family, and King’s son, Martin Luther King III, according to Reuters.

The speeches will be given at the Lincoln Memorial, a parallel to the original March on Washington. Attendees will then walk to the Martin Luther King memorial roughly a half-mile away.

The District of Columbia is currently requiring people coming from coronavirus high-risk states, including both Wisconsin and Minnesota, to quarantine for 14 days when visiting the city, the outlet noted.

Due to the pandemic, organizers said they are restricting access to buses from those states. Free COVID-19 testing will also be provided at the event.

They will require people to remain socially distant, including being six-feet apart during the march.

“We’re going to show the country today what they didn’t see last night — a disciplined but responsible gathering. Otherwise, we would close it down,” Sharpton said, appearing to reference President Trump’s White House speech at the Republican National Convention that did not require social distancing or face coverings.

There will also be a virtual commemoration for those who cannot attend the march, featuring civil rights activist Rev. William Barber. The online event will reportedly include advocates, politicians, artists and entertainers.

Another march is scheduled for right after the March on Washington to promote more radical ideals, according to Reuters.

Kerrigan Williams, a founder of Freedom Fighters DC, said the group believes  “the march on Washington is too reformist and performative for our taste.”

After two weeks of both the Democratic and Republican national conventions, activists are also scheduling a “Black National Convention” on Friday night.

The three-hour convention over livestream has been in the works since last fall, according to Reuters.

“We feel like it’s going to be a Black political Homecoming weekend,” she said.
National