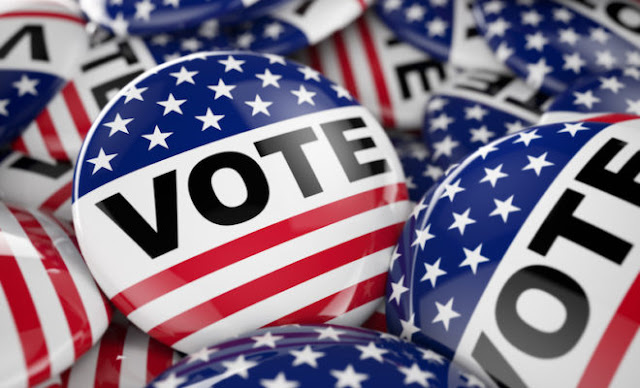 The Texas Democratic Party (TDP) on Monday rolled out its “Texas Voter Registration Week," a push to get 1 million Texans registered to vote, the latest effort by the party to turn Texas at least partially blue in November.

Based on internal modeling, Texas Democrats hope to reach a high number of young Texans of color who are not yet registered to vote. Of the total number of Texans reached, the party is aiming for around 40 percent to be Black and about 35 percent to be Latino.

Increasing voting participation in the Lone Star State has long been a goal of the TDP.

During the 2018 midterm elections, Texas ranked 41st in voter participation at 46.3 percent, 4 points below the national mark of 50.3 percent.

“Our basic theory is that the more voters that we register, the more likely the state is to turn blue,” Abhi Rahman, director of strategic communications for the Texas Democratic Party, said in an earlier interview. “We feel like for every Republican voter that’s unregistered, there’s three or four Democrats that are unregistered.”

In the 2018 midterms, Texas Democrats won a dozen state House seats back from Republicans and a number of polls this election cycle have shown Texas, a historically red state, shifting somewhat to the left.

Cook labels Texas's Senate race between Sen. John Cornyn (R) and challenger MJ Hegar (D) as "likely Republican," though the longtime senator only had a 7-point lead in the Rice-YouGov poll.

The numbers show the advantage that Republicans have historically had in Texas is getting smaller. Trump won Texas in 2016 by 9 points, while in 2012 then-GOP presidential nominee Mitt Romney won the state easily by nearly 16 percent.

This week, Texas Democrats will have phone and text banks going every day, and are also launching a youth tool kit to better educate young voters on how to register to vote. The party has collaborated with a pair of teacher unions to create a nonpartisan tool for Texas teachers that will help them register high school seniors who will be voting for the first time in November.

The party has also teamed up with college Democrat groups to send emails to Texas college students.

"The Texas Voter Registration Week is game-changing and could be the difference between Texas Democrats winning and losing in November," TDP voter expansion director Luke Warford said in a statement. "Our efforts are shifting the Texas electorate as we speak. Now, the Texas Democratic Party is performing the single biggest weeklong voter registration effort in Party history, primarily targeting young people and people of color who will help carry Democrats to victory in November."

Brooklynne Mosley, the Biden campaign's coordinated campaign director for Texas, added: "Our coordinated Texas campaign is gearing up to help contact and register more Texans than ever before. When folks vote, our Democracy thrives. With an unprecedented push from the Texas Democratic Party and Biden for President, we will reach the voters we need to fundamentally alter the Texas electorate."

While most states have eased restrictions on absentee voting during the coronavirus pandemic, Texas has stayed steadfast in repelling attempts by the TDP to expand mail-in voting for November.

As of now, residents can only qualify for a mail-in ballot if they are 65 or older, will be out of their county during an election, have a disability or confined to jail.

Registering to vote in Texas isn’t overly simple, and the onset of the pandemic has made it a more challenging endeavor.

The state doesn’t have online voter registration, so Texans that want to register to vote must either go to their county voter registrar's office or mail their voter application at least 30 days before an election. In this case, the deadline to vote on Election Day in the state is Oct. 5.