Texas and Louisiana residents evacuate ahead of Hurricane Laura 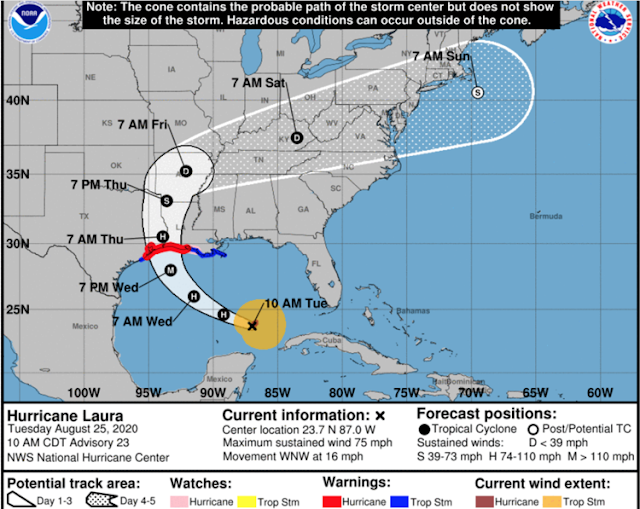 Thousands of southeast Texas and southwest Louisiana residents are taking advantage of calm weather Tuesday to evacuate as Hurricane Laura takes aim at the region.

Laura is expected to make landfall as a Category 3 hurricane late Wednesday or early Thursday. Category 3 storms are considered “major” hurricanes and bring wind speeds greater than 110 miles per hour. Laura would be the first major hurricane of the season.

A storm surge warning, which means there is a danger of life-threatening flooding from rising water moving inland, was in effect from San Luis Pass, Texas to the mouth of the Mississippi River, including areas inside the Port Arthur Hurricane Flood Protection system.

A hurricane warning, meaning hurricane conditions were expected, was in effect from San Luis Pass Texas to Intracoastal City Louisiana.