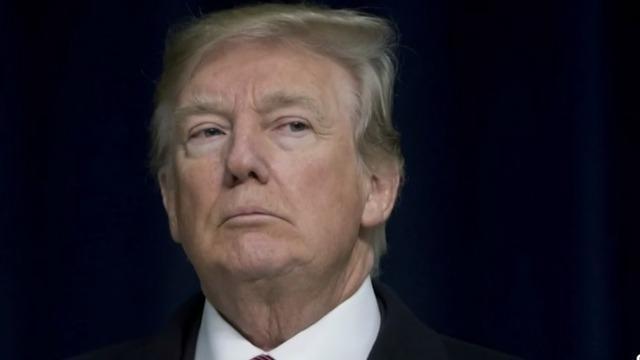 The Senate Intelligence Committee on Tuesday released its long-awaited Russia interference report detailing significant contacts between the Trump campaign and Moscow during the 2016 election.

The fifth and final volume, just shy of 1,000 pages, lays out the counterintelligence threats and vulnerabilities that were exposed through Russian contacts and a willingness by some members of the Trump campaign to accept foreign assistance.

Its release comes more than a year after former special counsel Robert Mueller wrapped up his 22-month investigation in which he did not find evidence to charge any Trump campaign associates with conspiring or coordinating with the Kremlin to interfere in the election — a finding President Trump has hailed while lambasting the probe as a “witch hunt.”

Here are five takeaways from the Senate report.

A comprehensive list of contacts between members of the campaign and Russia were uncovered during the committee’s bipartisan investigation, which launched shortly after Trump took office in January 2017.

Communications between several Russian figures and the campaign surfaced in other investigations by the House and Mueller, but the Senate probe uncovered additional information, including several cases where Russians had far greater ties to the Kremlin.

“The connections the Committee uncovered, particularly regarding Veselnitskaya, were far more extensive and concerning than what had been publicly known,” the panel wrote, noting she was not forthcoming with her ties to Moscow.

The committee also delved into the complex web of connections between Russian officials and the Trump campaign, which frequently consisted of campaign associates with Russian ties who knew someone in Trump's orbit.

For example, American businessman Bob Foresman "conveyed brief messages" between the campaign and Kremlin-linked individuals, including a confidant of Russian President Vladimir Putin.

The Senate panel also highlighted how Russia and other countries looked for opportunities to embed themselves with Trump officials. In particular, the committee noted that Russia viewed the Trump transition team as inexperienced, disorganized and unprepared and sought to exploit those shortcomings.

“Russia and other countries took advantage of the Transition Team's inexperience, transparent opposition to Obama Administration policies, and Trump's desire to deepen ties with Russia, to pursue unofficial channels through which Russia could conduct diplomacy,” the report reads, noting that this made the “transition open to influence and manipulation.”

Trump dodged questions about the report’s findings during a trip to Yuma, Ariz., saying he didn’t read it while repeating that the Russia investigation was a “hoax.” He didn’t answer when asked whether he agreed with the report’s conclusion that Putin directed the 2016 Democratic National Committee (DNC) hack or whether he accepted the finding that his campaign officials were deemed a security risk.

“They said Donald Trump knew nothing about anything, and that came out loud and clear,” the president said.

The report went further than other U.S. officials have in its description of Konstantin Kilimnik, Manafort’s former business partner, by labeling him a “Russian intelligence officer.”

Mueller’s prosecutors had characterized Kilimnik, a dual citizen of Russia and Ukraine who served as a translator for the Russian army, as an individual assessed by the FBI as having ties to Russian intelligence.

Kilimnik was also the “primary liaison” between Manafort and one of his clients, sanctioned Russian oligarch Oleg Deripaska, according to the Senate report, which also alleges that Manafort “worked with Kilimnik starting in 2016 on narratives that sought to undermine evidence that Russia interfered in the 2016 U.S. election.”

The GOP-led committee said it “obtained some information suggesting Kilimnik may have been connected to the GRU's hack and leak operation targeting the 2016 U.S. election,” a reference to the Russian cyberattacks that targeted the DNC in the run-up to the election.

Sen. Ron Wyden (D-Ore.), a member of the Intelligence Committee, hinted that senators have additional information, including “evidence connecting Kilimnik to the GRU's hack-and-leak operations,” but those elements are redacted.

Mueller charged Kilimnik alongside Manafort in June 2018 with witness tampering, but he remains out of reach of U.S. prosecutors. He is believed to be in Russia.

The committee determined that Manafort posed a “grave counterintelligence threat” as a result of both his access to and standing in the Trump campaign and his contacts with Russian-linked individuals.

Manafort’s case represented a drawn-out saga and one of the most consequential elements of Mueller’s investigation.

Manafort, who was charged and convicted on bank and tax fraud charges in Virginia federal court, agreed to cooperate with prosecutors as part of a guilty plea to avoid a second trial in Washington, D.C. But months later, he was found to have breached his cooperation deal by lying to investigators, including about his contacts with Kilimnik. He is serving out a 7 ½-year prison sentence.

The panel also found that Trump Jr., the president’s eldest son, may have known that former Trump lawyer Michael Cohen lied to Congress about the president’s efforts to build a tower in Moscow.

They say documents produced by Cohen, whose relationship with Trump has soured, revealed that at least two witnesses — Trump Jr. and Felix Sater, Trump's onetime business associate — “could have known that Cohen's statement falsely represented material facts about negotiations over a deal for a Trump Tower Moscow.”

Kushner has also come under scrutiny for his previous meetings with Russian officials, including then-Russian Ambassador to the U.S. Sergey Kislyak at Trump Tower in late November 2016.

The committee, as part of a roughly 80-page section on Steele and the dossier, took issue with the agency’s tradecraft, arguing that the FBI was too trusting of Steele, who had previously shared intelligence with the bureau, and that the counterintelligence division failed to properly vet him.

It also warned that there was a “potential direct channel for Russian influence” because of Steele’s ties to Deripaska.

“The Committee found that, within the FBI, the dossier was given a veneer of credibility by lax procedures, and layered misunderstandings. Before corroborating the information in the dossier, FBI cited that information in a FISA application,” the report says.

The Senate Intelligence Committee says it asked the FBI for details of its relationship with Steele, including updating and clarifying its assessment of his subsources but that the bureau did not respond to their request.

Six of the GOP members of the committee knocked the FBI in an addendum to the report, saying it showed “sloppy work and poor judgment” and that Americans “should be deeply troubled.”

The committee also took issue with the FBI’s response to the DNC hack, arguing it should’ve had more contact with the Democratic committee, despite describing the outreach on both sides as “inadequate.” As part of its recommendations, the Intelligence Committee is urging the FBI to increase its outreach to hacking victims, including getting information declassified.

The committee’s lengthy investigation further enforced Mueller’s findings that Russia engaged in a sweeping and multipronged effort to influence the outcome of the 2016 election, which has led to a bipartisan push in Washington to further address election interference threats from Russia and other foreign adversaries.

The report’s release comes less than two weeks after a top U.S. counterintelligence official warned that Russia continues to interfere in U.S. elections with the intent of denigrating presumptive Democratic nominee Joe Biden and boosting Trump. Bill Evanina, the intelligence official who went public with his warnings, also noted that China and Iran are launching influence efforts that seek to undermine Trump.

Tuesday’s intel report, however, wasn’t without a dose of congressional bickering.

Six of the eight GOP senators on the committee offered additional views, included in a section separate from the bipartisan findings, saying that “after more than three years of investigation by this Committee, we can now say with no doubt, there was no collusion.”

Five of the panel’s seven Democrats countered that the report “unambiguously shows that members of the Trump Campaign cooperated with Russian efforts to get Trump elected.”

The committee was nonetheless able to agree on a lengthy set of recommendations, including better enforcement of the Foreign Agents Registration Act, having the FBI offer defensive briefings to campaigns during elections, educating campaigns to notify the FBI of all offers of foreign assistance, and providing the intelligence community with more resources to study and uncover foreign influence campaigns.