Some Republicans advocate for mail-in voting 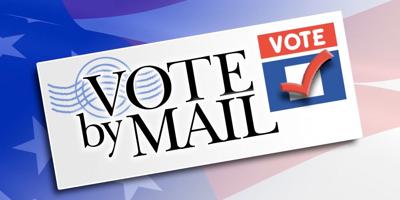 Republican state officials have encouraged voting by mail in their states even as President Trump denounces the practice, Politico reported.

The Iowa GOP mailed unsolicited absentee ballot applications to voters, while the Pennsylvania Republican Party’s website encourages members to “Vote Safe: By mail. From home,” according to the publication. Ohio’s Republican Party distributed mailers reading “Join President Trump and Vote by Absentee Ballot.” While Trump has claimed his issue is with universal mail-in voting rather than absentee voting, several states, including his primary residence of Florida, do not make a distinction between the two.

“The president is making a false distinction and no, there are not more safeguards with absentee ballots,” Sean Morales-Doyle, the deputy director of voting rights, elections and democracy at the Brennan Center for Justice, told Politico. “The safeguards available and in use to protect the integrity of elections are the same in either system.”

Other states, particularly in the Western U.S., have used mail-in voting for decades, including heavily Republican Utah.

“Vote by mail really works well here in Utah,” director of elections Justin Lee told Politico. “We do feel it’s safe and secure. We don’t feel there are any real instances of either widespread fraud or voter disenfranchisement.”

Democrats have sounded the alarm that the president is deliberately manipulating the Postal Service to disenfranchise mail-in voters, particularly after GOP donor Louis DeJoy was appointed as postmaster general. Earlier this month, Trump told Fox Business he would not agree to new post office funding requested by congressional Democrats, suggesting universal mail-in voting would be impossible without it. In recent days, he has seemingly relented, saying he would agree to at least $10 billion of the requested funds.

Dozens of states, including those with Republican leadership, have made mail-in voting simpler due to the coronavirus pandemic, and research indicates the option does not advantage either party. Arizona Gov. Doug Ducey (R) denied in an August visit to the White House that mail-in voting would increase voter fraud in the state.

“In Arizona, we’re going to do it right,” Ducey said. “It will be free and fair. It will be difficult, if not impossible, to cheat. And it will be easy to vote.”
National