Redistricting control on the line in state elections 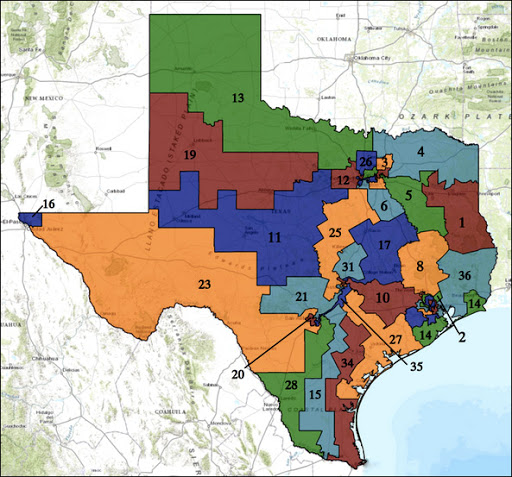 Republicans and Democrats are laying the groundwork for the most public battle over redistricting and reapportionment in the nation’s history, after a decade of litigation and acrimony shined a bright light on what had been an obscure and peculiar backwater of the American political system.

For the first time, both parties are raising money explicitly for the decennial mapmaking process. Donors are funding outside groups both that work to elect the state legislators who will draw the next decade’s political boundaries and that will eventually take those newly drawn boundaries to court.

“The next decade of legislative control all over the country will largely be determined by who wins the most elections in November,” said Pennsylvania state Rep. Leanne Krueger (D). “National races can be a lot sexier. They tend to grab the attention. But the decisions that impact people’s lives the most get made in state legislatures.”

The 2010 midterm elections that handed Republicans control of so many state legislatures — and therefore control of the redistricting process — acted as a wake-up call for partisans on both sides. In many states, it was the first time in generations that Republicans were able to draw district boundaries.

“Democrats controlled [the legislature] for 140 years, and they had districts all over the place,” said North Carolina state Sen. Joyce Krawiec (R). “We made them much more representative of the people.”

Republican-drawn maps in North Carolina, Pennsylvania and Texas sparked outrage among Democrats, who saw their political power diminished for a decade. Democratic-drawn maps in Illinois and Maryland provoked similar howls from Republicans in the minority.

“We were able to draw maps that we thought, based on the census numbers that had been provided, were fair,” said Wisconsin Senate Majority Leader Scott Fitzgerald (R). “I can’t tell you how many times we’ve been accused of gerrymandering or having unfair maps.”

Lawyers in both parties created a cottage industry of lawsuits in state and federal courts, and several states were forced to redraw their districts in the middle of the decade. Krueger’s district, outside of Philadelphia, went through eight legal challenges in just the past decade. Krawiec has run in three different districts in her last three elections, after court-ordered remaps.

But lawsuits do not always succeed, making this year’s legislative elections all the more critical. Legislative chambers in seven states — Iowa, North Carolina, Texas, Minnesota, New Hampshire, Pennsylvania and Wisconsin — are narrowly divided between one party and the other. A decisive election in 2020 would hand one side a disproportionate amount of power to draw boundaries to their advantage in the future.

Thirteen states divided control between the two parties, four maps were drawn by bipartisan commissions, and seven states elected only one at-large member to the House.

As partisan control stands today, Democratic fortunes have improved — slightly. The party controls eight states that send 60 members to Congress, and Republicans control the process in 18 states, accounting for 167 representatives.

Eighty-six legislative chambers in 43 states hold regularly scheduled elections this year. Republicans are largely playing defense in key states, fighting to hold the majorities they drew themselves a decade ago. The GOP worries that a Democratic wave this year would leave them at the same disadvantage that Democrats faced after 2010.

“It’s crucial that we hold on to the majority so that we have at least some say in the process,” Krawiec said. “[Democrats] don’t really want un-gerrymandered districts, they just want a partisan advantage, it’s as simple as that.”

Perhaps the most significant shift in the past decade is in states where reformers have taken power away from both Democrats and Republicans. The redistricting process will be controlled by a commission in eight states this time around, including new bipartisan panels in Michigan, Colorado, Hawaii and Idaho.

This decade’s redistricting process is almost certain to be the most transparent in American history. Advances in data, software and computing power has democratized a process that once played out in smoke-filled rooms. A community that calls itself Election Map Twitter regularly posts their own version of maps, gerrymandered and impartial, and some of its more ardent fans have submitted their own maps to legislatures for consideration.

“There’s certainly a lot more attention to gerrymandering than there used to be,” Krueger said. “The playing field is just not equal.”
National