Postmaster general pausing changes 'until after the election' 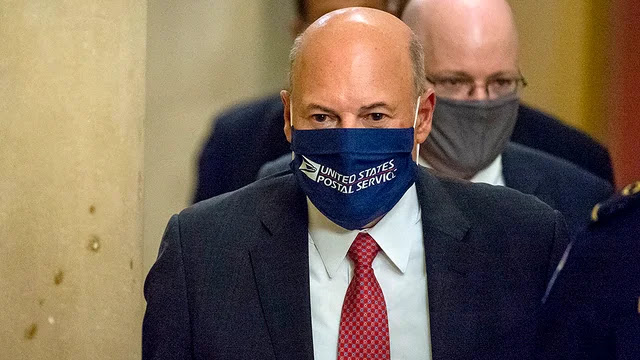 The postmaster general on Tuesday said he would pause changes to the operations of the Postal Service until after the election amid bipartisan outcry, a sharp reversal after President Trump spent days defending the agency's actions.

"To avoid even the appearance of any impact on election mail, I am suspending these initiatives until after the election is concluded," Louis DeJoy said in a statement.

The postmaster general said retail hours at post offices will remain unchanged, mail processing equipment and collection boxes will not be removed and no mail processing facilities will be closed.

DeJoy's announcement comes as his leadership of the Postal Service has received withering scrutiny from lawmakers in both parties voicing concerns about mail delays and changes at the agency. The timing of the changes drew backlash given that voters are expected to heavily rely on mail-in ballots this November due to the coronavirus pandemic.

"I came to the Postal Service to make changes to secure the success of this organization and its long-term sustainability," DeJoy said in a statement. "I believe significant reforms are essential to that objective, and work toward those reforms will commence after the election.

DeJoy, a major GOP donor and Trump ally who took over the role in June, is scheduled to testify before the Senate Homeland Security and Governmental Affairs Committee on Friday. He is also slated to appear before the House Oversight and Reform Committee on Monday.

The Postal Service warned 40 states in letters late last week that their deadlines to request, return and count ballots may clash with the realities of mail delivery at a time when the agency is already facing financial troubles, delivery delays and an expected influx of election-related mail.

Lawmakers and voting rights activists have also raised alarms and photos and news reports of mail collection boxes being removed.

The fight over the Postal Service comes as Trump unleashes almost daily attacks on mail-in voting, sowing doubt about its reliability and warning that its widespread use will lead to a tainted election result. Experts have repeatedly noted that there is little meaningful fraud associated with mail ballots, and a handful of states already conduct their elections via mail-in voting.