Peanut allergies may soon grind to a halt 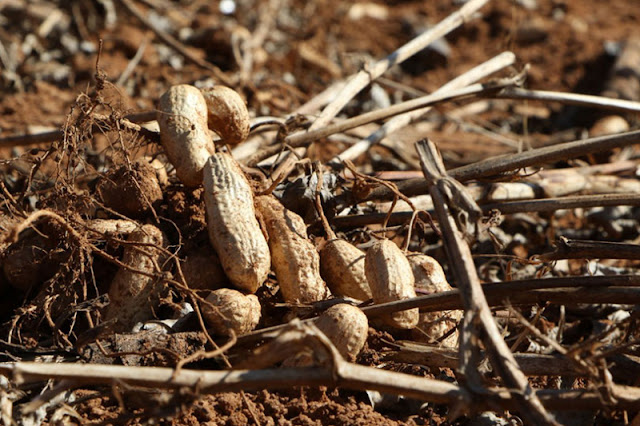 Individuals with peanut allergies may soon have more options when it comes to treating and mitigating the potentially fatal disorder.

An oral peanut allergen powder, Palforzia, recently received approval from the U.S. Food and Drug Administration (FDA) for use in children ages 4-17.

The treatment is a powder administered in incremental doses to build immunotolerance. The manufacturer, Aimmune Therapeutics, says it can reduce the severity of allergic reactions including anaphylaxis, a potentially life-threatening allergic reaction in which symptoms can affect the individual’s ability to breathe and circulate blood normally.

And researchers at the U.S. Department of Agriculture’s (USDA) Agricultural Research Service (ARS) Food Processing and Sensory Quality Research Laboratory in New Orleans are close to releasing another oral peanut allergy treatment, this one in capsule form.

According to an ARS press release, the drug has passed FDA Phase 3 clinical trials and is nearing final approval.

Families of children with peanut allergies must be extremely vigilant, leading to more stress and a lower quality of life, ARS Senior Scientist Soheila Maleki said.

“Food allergy has a ripple effect. It affects the child, the parent, the siblings, any immediate family around to the schools, the daycares, the friends, parents of friends, friends of the parents’ friends and so forth,” Maleki said. “Everybody has to be on high alert when a child may be potentially exposed to something that they’re allergic to.”

Kids with severe peanut allergies are often unable to participate in normal activities—such as birthday parties, attending sleepovers or even dining out—because the risks are too high. But a reduction in the severity of, or even cessation of, allergic reactions could mean relatively normal lives without fear of accidental exposure.

An estimated 6.1 million people in the U.S. have a peanut allergy, according to the Food Allergy Research and Education (FARE) organization.

Prior to the development of Palforzia and the as-yet unnamed USDA capsules, the only treatment available for peanut allergies was avoidance, Maleki said.

“And everybody—from the peanut farmer to the consumer to the food industry, regulators—wants some kind of treatment,” she said. “But nobody more than the food-allergic consumers.”

The National Peanut Board has been working with USDA and other organizations for more than two decades on finding solutions to peanut allergies, according to Registered Dietitian Nutritionist Sherry Coleman Collins.

“Peanut farmers have families of their own, and they never want anyone to be hurt by the food they grow. From the beginning, our very first board said, ‘If there was a potential for peanuts to cause harm, we absolutely want to be part of the solution,’” Coleman Collins said. “So, since 2001, the peanut board has invested more than $32 million toward research and education about food and peanut allergies.”

The new developments in immunotherapy are exciting, because they offer families a practical, well-researched and effective solution, she said.

Coleman Collins noted there has been extensive research into the rise in peanut allergies over the past few decades, culminating in the 2015 Learning Early About Peanut Allergy (LEAP) study.

“We know now we can actually prevent peanut allergy. They found early childhood exposure decreases the risk of developing peanut allergy,” Coleman Collins said. “So, the early introduction of peanut foods can prevent about 80 percent of high-risk babies from having a peanut allergy.”

According to Coleman Collins, studies like LEAP help researchers not only better understand peanut allergies but all food allergies and can lead to breakthroughs in therapies for other common allergenic foods.

“The National Peanut Board has not only funded research, but we’ve also sought the opportunity to make connections within the research and food allergy advocacy community,” she said. “I think that’s part of the reason we’re now seeing so many exciting things on the horizon. There’s a lot of things happening so that really, for the first time, people with peanut allergies have options for treatment, and I think we’ll see more coming over the next five to 10 years.”

There is also ongoing research into a form of peanut allergen immunotherapy delivered topically via a skin patch, although the FDA has raised questions about the patch’s adhesive qualities and delayed its release.

But one thing is clear: people who have never had the delightfully, sticky experience of taking a huge bite of a peanut butter sandwich may soon be able to do just that.

“Anything we can do to create a situation where peanut allergies are a thing of the past, but in the meantime, make it a safer world for people with peanut allergies, we’re going to do it,” Coleman Collins said.
National