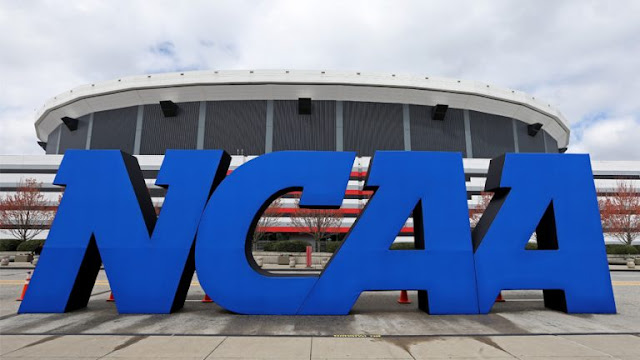 NCAA President Mark Emmert announced Thursday that the organization’s top tier will not hold fall championships in 2020 amid the ongoing coronavirus pandemic.

“We cannot now, at this point, have fall NCAA championships because there’s not enough schools participating,” Emmert said in a Thursday video interview, explaining that the organization’s board of governors said half of schools must be playing a sport in order to “have a legitimate championship.”

“We can’t in any Division I NCAA championship sport now, which is everything other than FBS football that goes on in the fall. So, sadly, tragically, that’s going to be the case this fall. Full stop,” he continued, referring to the Division I Football Bowl Subdivision (FBS).

The FBS is the highest tier of NCAA Division I football.

The president said that the NCAA is focusing on how to safely hold winter and spring championships for student athletes across the country.

Fall championships in Divisions II and III were already on hold over coronavirus concerns. Sports affected including FCS football, men and women’s soccer, men and women’s cross country, women’s field hockey and women’s volleyball, according to the NCAA.

Emmert said Thursday that the fall semester can be used “to keep kids healthy, keep them engaged with their coaches and their athletic departments, focus on their academic success,” in addition to letting student athletes “stay ready to play.” He added that hopefully fall championships can be moved to the 2021 calendar year.

“We want to, again, make it work for these students,” Emmert said.

The move comes as collegiate and professional sports have been influx across the country.

Several professional teams, including the MLB, NHL, NBA and WNBA, have resumed play with health restrictions during the pandemic, including fans not attending games. Some college conferences have postponed playing to protect students.
Sports