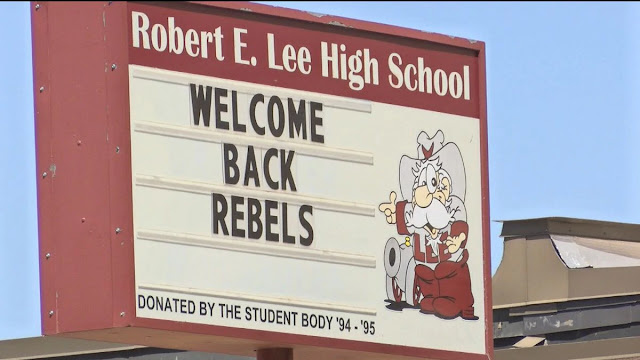 The Midland ISD School Board met not to present new names for the school, but to decide who will serve on the committee that will get the ball rolling by coming up with new names.

After a short deliberation, the school board voted on both the co-chairs who will lead the committee and the two at-large positions.

The board chose rebel athletics veterans Shannon Low and Blake Pelton as the co-chairs.

Those leaders will be joined by more than a dozen other members of various backgrounds outside sports.

“What I was looking for, the ones that I talked to, one, is make sure they weren’t just biased, not just one name they were open minded and wanted to listen to others ideas as well as bring ideas to the table that someone else might have submitted,” District 3 School Board Member Tommy Bishop said.

Lee’s principal along with two students and two representatives from each district will also be chosen to serve.

A few residents also sounded off at the meeting advising this new committee to look for the smallest possible changes.

Many of them want to simplify the rebranding by dropping the Rebel mascot and “Robert E.” part of the name to leave it as just Midland Lee High School.

“I don’t think that our community should bear the cost of a complete name change,” one caller who spoke at the public discussion portion of the meeting said. “And I don’t think that it would be financially responsible to make that decision.”

“I feel like changing the official name to Midland Lee would help preserve the positive legacy for past, current and future alumni while removing the negative association with Robert E. Lee,” another said.

That committee will have until October to come up with three names to present to the school board marking a new beginning for the high school’s legacy.

“We ask you to show grace to each other and to help lead us to a unified name or names you recommend to us,” MISD President Rick Davis said at the end of the meeting. “Thank you for your service.”

This committee doesn’t want to exclude the public from throwing their hat in the ring.

The board said a page will be set up on MISD’s website where residents can learn how the committee works and suggest names themselves.