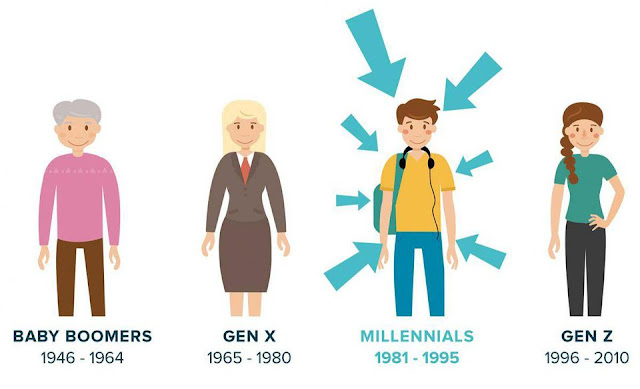 Millennials and those born after them make up a majority of the United States’ population for the first time, though older generations still make up a majority of the country’s electorate.
New research from Brookings Institution demographer William Frey finds members of the millennial generation, those born between 1981 and 1996, now make up 22 percent of the U.S. population.
Combined with members of Generation Z, those born between 1997 and 2012, and members of the as-yet-unnamed generation born after 2013, people under 40 years old now make up 50.7 percent of the nation’s population.
Baby boomers, those born in the aftermath of World War II, between 1946 and 1964, make up 21.8 percent of the population.
But boomers still make up the largest share of the electorate, at 28.9 percent. Millennials account for 27 percent of all eligible voters, while members of Generation X account for 24.8 percent. Members of Generation Z, who are only now reaching voting age, make up 20.3 percent of the population but only 10.1 percent of the electorate.
The baby boom generation has used its political power to elect four consecutive presidents from its ranks, a streak that would extend to five if former Vice President Joe Biden wins election this year.
Census projections suggest millennials and those who come after them will make up a majority of eligible voters by 2030.
The younger cohorts stand out from older generations for their diversity and their more liberal attitudes on issues including immigration, police reform and protecting the environment.
Sixty percent of Millennials and only 55.6 percent of Generation Z are white, compared with almost three quarters of baby boomers. Just under half of those in the post-Z generation are white, the first time whites have not been a majority of a generational cohort in the United States.
Younger generations are more likely to say that government should do more to solve problems, that increasing diversity is good for society and that climate change is being caused by human activity than are older generations, according to a Pew Research Center poll conducted last year.
They are also far less likely to approve of the job President Trump is doing. A recent Emerson College poll found just 36 percent of those under 30 and 38 percent of those under 50 approved of Trump’s job performance; more than half of those over 50 approved.
National