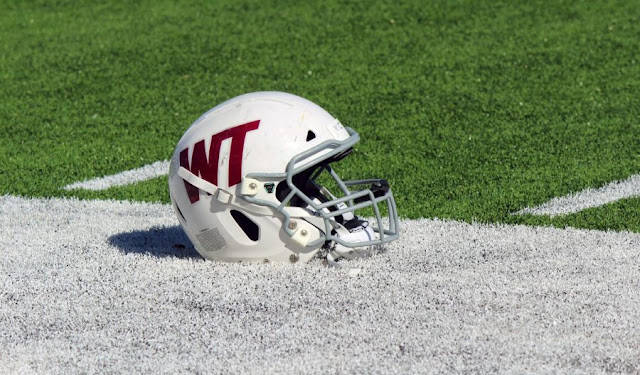 The Buffs open the season on September 19 when they host Oklahoma Panhandle State at Buffalo Stadium before facing off against two schools from the Southland Conference. WT last faced OPSU on Sept. 8, 2018 in a game where Tobias Harris introduced himself to Buff Nation with a 72-yard punt return en route to a 42-7 victory.

WT makes their first trip to Nacogdoches since 1997 to face the Lumberjacks of Stephen F. Austin. They are 2-3 all-time against SFA with their last victory coming in 1930.

A game against former Lone Star Conference rival Abilene Christian is set for Oct. 17 in Abilene. It will be the 47th meeting between the programs that have won a combined seven LSC titles.

WT returns home to Canyon on Oct. 31 to face off against the Stallions of North American.

The fifth and final game along with game times and ticket information will be released in the near future.

The Lone Star Conference Council of Presidents postponed all competition in the sports of football, soccer, volleyball and basketball to the spring due to the COVID-19 pandemic.

Football, soccer, volleyball and basketball, which are classified as high contact risk sports by the NCAA resocialization principles, can practice during the fall under all applicable NCAA Division II rules.

Practices in all sports remain delayed until no earlier than August 24.  Further, competition in cross country, golf and tennis, which are classified by the NCAA as low and medium contact risk sports, may not start prior to the week of September 21.

The league continues to monitor updated public health information and evaluate medical safeguards and certifications to ensure safe competition.  The health and well-being of student-athletes will remain top priority in all conference decisions.