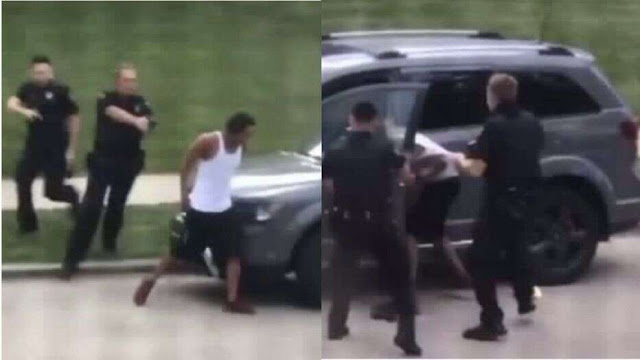 The U.S. Department of Justice will conduct a civil rights investigation into the Kenosha Police Department and the shooting of Jacob Blake.

The Justice Department announced on Wednesday night that the FBI will be working with the Wisconsin Division of Criminal Investigation and other state authorities to review the actions taken by the Kenosha Police Department to see if Blake's civil rights were wrongfully violated.

"Federal authorities are committed to investigating this matter as thoroughly and efficiently as possible," the department noted in a statement.

Blake, 29, was likely left paralyzed after an officer shot him several times at close range when he tried to reenter his vehicle during an arrest. The Kenosha Police Department said that the officer who shot Blake, Rusten Sheskey, fired his weapon because Blake had reached for a knife, which was recovered on the floorboard of the vehicle.

Blake's shooting triggered protests and riots in Kenosha, Wisconsin, and other cities throughout the country. The Justice Department announced that federal authorities would also be helping local law enforcement investigate arson, vandalism, and other crimes that took place during the riots.

The department urged citizens to "act peacefully and abide by the law" so that investigators have the ability to "develop all available evidence before rendering judgment."
National