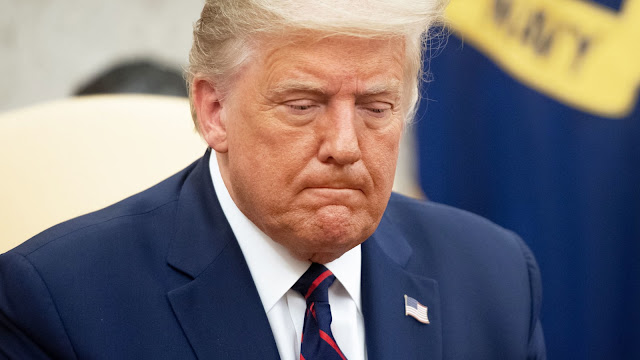 A federal judge in New York on Friday denied President Trump’s request to temporarily halt a grand jury subpoena for his tax returns from taking effect.

The ruling by District Judge Victor Marrero comes a day after he dismissed Trump’s latest attempt to block a New York grand jury subpoena for eight years of Trump’s financial documents, including his personal and corporate tax returns.

Trump’s personal attorneys had asked Marrero, a Clinton appointee, to pause his Thursday decision from taking effect while Trump appealed to the New York-based federal appeals court — a request Marrero shot down Friday in a nine-page decision.

The recent rulings against Trump move Manhattan prosecutors closer to obtaining the president's tax returns, though it’s unlikely the public will see them before the November election.

In his Friday decision, Marrero said Trump had failed to prove he would suffer “irreparable harm” if his stay request were denied.

“Because a grand jury is under a legal obligation to keep the confidentiality of its records, the Court finds that no irreparable harm will ensue from the disclosure to it of the President’s records sought here,” Marrero wrote.

Vance's office is looking into payments made to silence two women who allege they had affairs with Trump, including adult-film star Stormy Daniels, before he became president, as well as possibly extensive criminal conduct at the Trump Organization.

Trump has tried for nearly a year to fend off the Manhattan district attorney subpoena and has lost every round of the battle in court.

Recent developments in the case may accelerate the timing of when prosecutors obtain the president's tax returns. But legal analysts expect that grand jury secrecy rules will keep Trump’s financial records concealed from the public beyond the election.
National