Jobs report could speed up or prolong COVID-19 talks 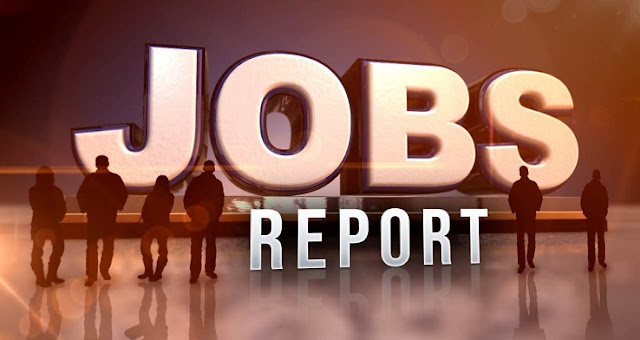 The looming July jobs report is poised to shake up stalled negotiations between the White House and Democrats over another coronavirus stimulus bill as Republicans threaten to walk away from the table.

The national employment report from the Labor Department on Friday morning is projected to show a sharp slowdown after two months of strong job gains. Expectations range from a gain of roughly 1 million jobs to a loss of several thousand following the 8 million added during May and June.

An unexpectedly positive report could buy Trump administration officials more time to negotiate, and even give them some leverage, as President Trump attempts to circumvent Congress with executive orders. But a disappointing downturn could spur Trump to strike a quick deal with Democrats to avert deeper economic pain ahead of the November election.

“The month of July could be seen as a month of weakness before a series of starts and stops,” wrote Troy Lukta, an economist at investment bank Natixis CIB, in a Thursday research note.

“Either way, more stimulus is needed to engineer the smoothest possible recovery.”

The July jobs report is likely to cap off another week of limited progress in negotiations over a follow-up to the record $2.2 trillion CARES Act signed by Trump in late March. That measure provided a $600 boost to weekly unemployment benefits, stimulus checks to most U.S. households, a moratorium on foreclosures and evictions and hundreds of billions in emergency loans to businesses.

Economists widely credit the CARES Act for keeping the economy from plunging into a deeper recession, which began in February. The legislation also helped clear the way for roughly 8 million of the 21 million workers who lost their jobs to come back to work.

Four months later, those measures have either expired or washed out of the economy with no replacement, despite ample time to strike a bipartisan agreement. More than 30 million Americans on unemployment insurance are now bracing for a steep decline in income, and more than 20 million are facing the possibility of eviction without quick support from the federal government.

“Many millions of American families are either out of work or lost a lot of hours and income through no fault of their own because of the pandemic and the out of control virus,” said Aaron Sojourner, a senior economist on the White House Council of Economic Advisers from 2016 to 2017.

Even with the financial peril facing much of the country, coupled with economic warning signs that have been flashing for months, Democrats and Republicans have failed to agree on the specifics for a broad coronavirus-relief package, though they both agree legislation is needed.

Republicans are aiming for a measure closer to $1 trillion that includes a smaller boost to unemployment benefits, while Democrats have pitched a more than $3 trillion bill that would extend much of the CARES Act. House Democrats passed their proposal in May.

“There is a desire on the part of both the Democrats and the Republicans, at least most of the Republicans, not every single one, that we get to an outcome because the economy does need an additional boost until we get the vaccine,” said Senate Majority Leader Mitch McConnell (R-Ky.) in a CNBC interview Thursday, insisting a deal could come together “in the near future.”

But Trump and his top negotiators have shown dwindling patience with Senate Minority Leader Charles Schumer (D-N.Y.) and Speaker Nancy Pelosi (D-Calif.). The president warned Thursday that if there’s no deal on Friday, he would seek to sidestep Congress and provide relief through executive action.

Whether a breakthrough happens before Trump goes it alone could hinge on the jobs numbers released Friday morning. If nothing else, it will give Trump and lawmakers a clearer view into a labor market clouded at times by differing takes from a range of data sources.

“The uncertainty around tomorrow's numbers is very, very high, and I think that is itself a sign of what's going on in the labor market,” said Nick Bunker, economic research director for North America at the Indeed Hiring Lab.

The ADP National Employment Report released Wednesday showed a gain of 167,000 workers to private payrolls in July, far less than the 2.4 million added in June. But that was still substantially better than the nearly 4 to 6 million job losses implied by the Census Bureau’s weekly Household Pulse Survey.

“We're getting lots of conflicting signals, it's unclear which one to trust the most, and it's a quickly moving economic and public health situation,” Bunker said.

He also warned that the July jobs report will show a relatively outdated picture of a labor market wracked by rising coronavirus cases, which curb consumer spending and damage the economy even when states don’t impose restrictions.

The government surveys for the monthly jobs report occur during the week containing the 12th day of the month. So in this case, about three weeks before the report is released.

“This is critical data for charting the path of the recovery and potentially figuring out what stage of the overall recovery or economic cycle we're in right now,” Bunker said, “but it is not fully indicative of where the economy is.”