Jobless claims rise to over 1 million 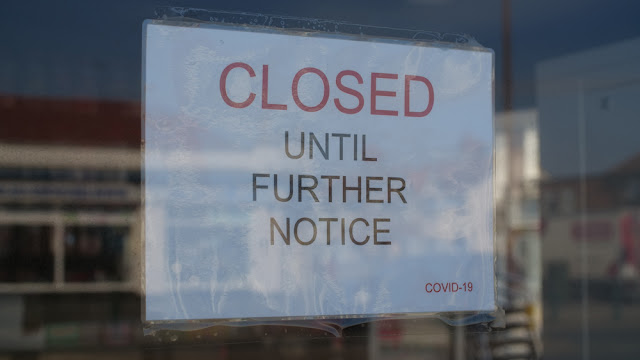 Initial jobless claims rose to more than 1 million for the week ending August 15 after falling below that marker a week earlier, disappointing news that points to a more difficult economic recovery.

The weekly jobs claims came in at a seasonally adjusted 1,106,000, according to Labor Department data released Thursday.

Last week's claims report was the first to dip below 1 million after 20 weeks above that previously unprecedented level. Economists had expected the figure to fall from 963,000 to around 923,000.

The unadjusted data, which some economists say is more relevant during times of extreme unemployment, saw a 6.3 percent increase, coming in at over 891,000.

The trend reversal is likely to raise questions as to whether the economic recovery from the COVID-19 pandemic has stalled. The country continued to struggle with outbreaks and elevated levels of new cases as some schools and colleges return for in-person learning.

"The modest jump is a stark reminder that claims will likely encounter some turbulence as they fall rather than gliding in for a soft landing," said Glassdoor Senior Economist Daniel Zhao.

The report found that just over 28 million people continued to claim unemployment benefits as of August 1, a drop of 198,000 from the previous week.

Those 28 million people saw their weekly benefits fall by $600 a week when a key emergency relief provision from March's CARES Act expired at the end of July.

Talks between Congress and the White House to extend the benefits have deadlocked, with Republicans pushing for lower benefit levels, arguing that the high payments discourage people from going back to work.

But a more worrying trend was a steady increase in people claiming Pandemic Emergency Unemployment Compensation, a CARES Act program that provided an additional 13 weeks of benefits to people who lost their job in the pandemic.

Andrew Stettner, senior fellow at the left-leaning Century Foundation, said it was a sign of rising long-term unemployment, which poses a threat to a quick economic bounceback.

"For the third week in a row, the number of those struggling with long-term unemployment reached new 2020 highs," he said.

"With 1.3 million now also receiving the PEUC benefit, it’s clear that what is keeping people unemployed is not overly generous benefits, but a lack of job openings," he added.
National