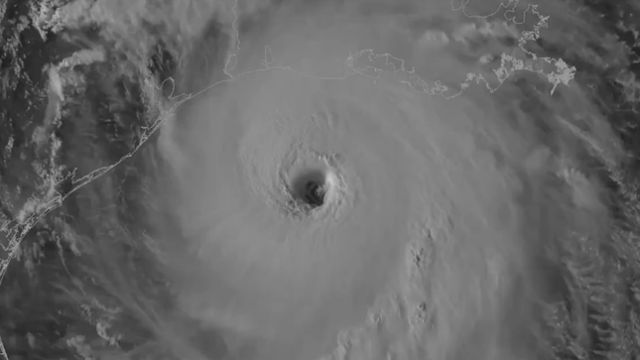 "Little time remains to protect life and property” as the storm nears the Gulf Coast, the NHC said. At least 20 million Texans and Louisianans are believed to be in the storm’s path, according to CBS News. The hurricane is close to becoming a Category 5 storm ahead of a potential late Wednesday or early Thursday landfall.

Laura is projected to be the most powerful hurricane to hit the U.S in 2020, but rapidly weaken shortly after making landfall. More than half a million people have been ordered to evacuate as of Wednesday evening.

The NHC has warned of potentially deadly flash flooding and high winds along the northwestern Gulf Coast Wednesday night. Maximum sustained winds so far have risen to 150 miles per hour. The hurricane is currently about 75 miles south of Lake Charles, La., and 75 miles south-southeast of Port Arthur, Texas, according to CBS. Government officials have warned the storm surge could reach 20 feet between Lake Charles and Houston. The NHC has warned the storm could be “unsurvivable” in parts of the two states.

The expected landfall is set to coincide with the final night of the Republican National Convention. Counselor to the President Kellyanne Conway said Wednesday that President Trump still plans to deliver his address as scheduled “right now.”

“We never say no around here because things happen at a volume and velocity around here, and we adapt to events,” Conway told reporters Wednesday when asked if the speech could be rescheduled due to the storm. “As of right now, the president plans to speak tomorrow.”
Texas