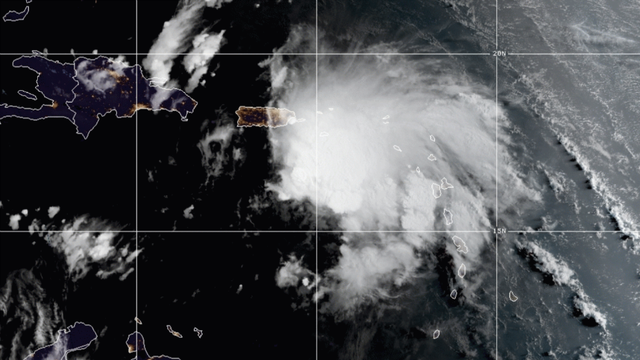 A hurricane nearing the Louisiana coast in the Gulf of Mexico is expected to strengthen to a Category 4 storm, the National Hurricane Center (NHC) said Wednesday.
In an early morning update, the agency warned that a "life-threatening storm surge" would accompany Hurricane Laura's landfall, which is currently predicted for just after midnight Thursday morning.
"Hurricane #Laura Advisory 26: Laura Expected to Rapidly Strengthen to a Category 4 Hurricane. Forecast to Produce a Life-Threatening Storm Surge, Extreme Winds, and Flash Flooding Over Eastern Texas and Louisiana Later Today," the NHC said on Twitter.
"A life-threatening storm surge is forecast to occur with #Laura. The water could reach the following heights above ground somewhere in the indicated areas. This storm surge could penetrate up to 30 miles inland from the immediate coastline in SW Louisiana and far SE Texas," the agency continued.
A senior specialist at the agency told The Associated Press that some areas could be battling several feet of water Thursday morning due to the powerful surge.
“Some areas when they wake up Thursday morning, they’re not going to believe what happened,” Stacy Stewart said in a statement to the news service.
“We could see storm surge heights more than 15 feet in some areas,” she continued. “What doesn’t get blown down by the wind could easily get knocked down by the rising ocean waters pushing well inland.”
Laura is expected to make landfall in Louisiana, where a category 5 hurricane, Katrina, made landfall in 2005 and destroyed much of the lower-income parts of New Orleans due to the failure of the city's levees. The storm is then expected to turn east after proceeding inland.
National