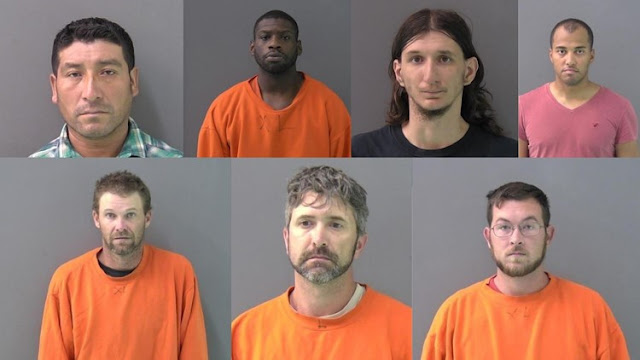 Three members of the military, including soldiers stationed at Fort Hood, are among a group of men arrested in a prostitution sting in central Texas, police said on Monday.

Officers arrested nine men on Saturday after a two-day child prostitution sting, the Killeen Police Department said in a release. The men had contacted officers through different social media platforms and “made agreements for sexual acts with girls they believed were 15 or 16 years of age.”

Two guns were also taken from the suspects.

“The overall goal of this joint effort was to locate and arrest subjects who were willing to make overt efforts to pay minors to engage in sexual acts,” the release stated.

Two of the men are listed to be living at Fort Hood.

Those arrested are listed below: