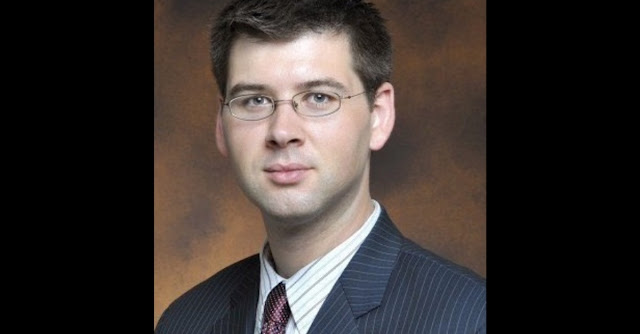 We can end the speculation. Yesterday, Attorney General Bill Barr indicated in an interview that, on Friday, there would be an announcement, significant but not earth-shattering in nature, about the Durham investigation into Trump–Russia probe that was launched by the Obama administration during the 2016 campaign. Now, the Associated Press is reporting that former FBI lawyer Kevin Clinesmith will plead guilty today to a felony false-statement charge.

The announcement of the plea was made by Clinesmith’s defense lawyer. Clinesmith will plead guilty on Friday in federal district court in Washington, D.C.

Clinesmith altered a key document that was germane to the FBI’s surveillance of former Trump campaign adviser Carter Page. Page was subjected to eavesdropping, on the authority of four 90-day warrants that the FBI obtained by filing submissions, under oath, to the Foreign Intelligence Surveillance Court (FISC). During the course of the investigation, which the FBI codenamed “Crossfire Hurricane,” the CIA informed the bureau that Page had been a CIA informant. This was highly relevant, since the FBI and the Justice Department were portraying Page to the FISC as a clandestine agent of Russia, not a government source who was providing information about Russia to a U.S. intelligence agency.

Prior to the fourth and final warrant application, an FBI agent who was involved in submitting the application to the FISC asked for confirmation that the bureau had checked with other intelligence agencies to ensure that Page was not working for any government agencies. Clinesmith found an email informing the FBI that Page was working for the CIA. He altered it to say that he was “not a source” for the agency. As a result, this misrepresentation was made to the FISC, which granted the surveillance warrant.

The guilty plea is consistent with the approach to the investigation on which Barr has insisted. The attorney general maintains that there will be no esoteric charges based on extravagant constructions of criminal law in order to make cases on officials connected to the Trump-Russia probe. Rather, only straightforward, “meat-and-potatoes” charges supported by proof beyond a reasonable doubt will be filed. The objective is to achieve accountability for clear law-breakers while keeping the Justice Department, to the extent possible, insulated from politics.

Clinesmith’s crime is about as straightforward as it gets. To the contrary, Barr has thus made it known that neither President Obama nor Vice President Biden is a subject of Durham’s investigation, notwithstanding that there is evidence the Obama White House was complicit in the investigation of the Trump campaign and the withholding of information about the investigation from the then-incoming Trump administration.

To the extent the investigation uncovers government abuses of power that are not clear violations of criminal law, Barr’s public comments and testimony since being sworn in as attorney general in early 2019 indicate that the Justice Department will produce a narrative report. This is warranted, particularly when misconduct has been engaged in by officials of the Justice Department and its component agencies (which include the FBI).
Opinion