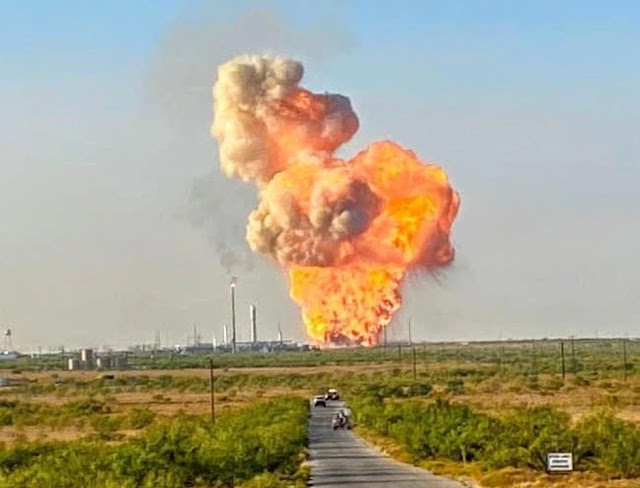 The Midland Fire Department responded to an explosion and fire in Midkiff near FM 1379 on Tuesday morning.

It was a big fire, but luckily no employees on the Targa Resources site or first responders were injured.

Fire crews put it out in about two hours.

High Plains Pundit spoke to Midland County’s fire investigators who said they believe all this started with a leak that couldn’t handle the hot temperatures.

“More than likely there was a leak in the line which static electricity caused the spark then caused the gasoline to rupture,” Investigator Rusty Winn said.

This is the third time in recent weeks we’ve seen something explode at an oilfield site.

Two weeks ago, a tank battery exploded in Midland County.