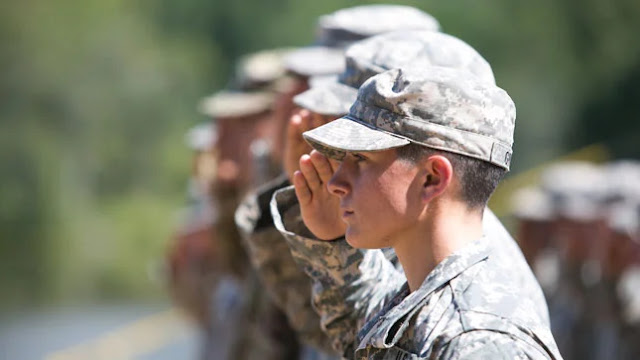 A federal appeals court ruled Thursday that requiring only men to register for the military draft is constitutional.

The Supreme Court ruled in 1981 that women could be excluded from registering since combat jobs were closed to them.

Combat jobs have since been opened to women, but the U.S. 5th Circuit Court of Appeals in New Orleans said Thursday it cannot reverse the Supreme Court's precedent.

“The factual underpinning of the controlling Supreme Court decision has changed, but that does not grant a court of appeals license to disregard or overrule that precedent,” the three-judge panel ruled, adding that “only the Supreme Court may overrule its precedents.”

Thursday’s ruling overturns a 2019 decision from a lower court that the male-only draft is unconstitutional.

The United States has not instituted a draft since the Vietnam War, and Pentagon officials have repeatedly said they intend to keep the force all-volunteer.

But men aged 18 through 25 still have to register for the Selective Service System or else face consequences such as losing access to federal financial aid for college.

A men's rights group known as the National Coalition for Men brought the lawsuit against the Selective Service System, arguing that a male-only draft is discriminatory.

In a statement Thursday, the organization said it is “exploring its options” for next steps, including whether to petition the Supreme Court to hear the case.

Earlier this year, a congressionally chartered commission recommended expanding the draft registration to include women, saying doing so is a “necessary and fair step.”

Lawmakers, though, did not include the commission’s recommendations in this year’s defense policy bill.

When the House Armed Services Committee considered an amendment that would have added the recommendations, including requiring women to register for the draft, to the defense bill, the amendment was withdrawn without a vote because of jurisdictional issues, and lawmakers pledged to hold a hearing on the recommendations.
National