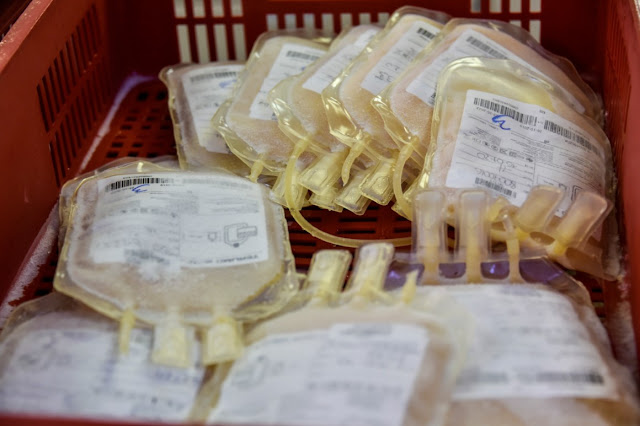 President Trump announced Sunday that the Food and Drug Administration (FDA) has authorized convalescent plasma for emergency use to treat patients sickened by the novel coronavirus.

Trump, who has been looking to announce progress in fighting the virus, touted the news as a “historic breakthrough” at a White House news conference on Sunday, saying it would “dramatically expand access to this treatment.”

Experts have expressed optimism about the treatment, but former FDA Commissioner Scott Gottlieb called the move “incremental” earlier on Sunday, noting that convalescent plasma is already available to thousands of patients, though the new announcement might make it more widely available. The move also comes amid concerns about political pressure from Trump on the FDA and whether the agency is authorizing the treatment prematurely without adequate data about how well it works.

FDA Commissioner Stephen Hahn said the decision was made in the “independent judgment” of experts and scientists at FDA and that convalescent plasma showed “promising efficacy” as a treatment for coronavirus patients.

“Those scientists have concluded that COVID-19 convalescent plasma is safe and shows promising efficacy, thereby meeting the criteria for an emergency use authorization,” Hahn said at the briefing.

Some experts have raised concerns that the plasma is already so widely available that it is hindering the ability to study exactly how well it actually works through randomized clinical trials, which have been struggling to recruit volunteers, given that many patients can get the treatment even outside a trial.

"I've been optimistic about convalescent plasma as therapy. But optimism isn't science,” tweeted Ashish Jha, director of the Harvard Global Health Institute. “We need results of adequately powered randomized trials. Issuing an EUA [emergency use authorization] without it would make such trials harder. And erode the credibility of the FDA.”

The announcement comes as Trump has attacked the FDA in an extraordinary way, accusing the “deep state” in the agency of slowing down the development of treatments and vaccines before the November election, raising concerns about the politicization of the agency’s approvals.

Trump seemed to reiterate that belief on Sunday, telling reporters during questioning that he thought some health officials were allowing decisions to be “held up” for “political reasons.”

“I think there are people in the FDA and actually in your larger department that can see things being held up and wouldn’t mind so much. That’s my opinion, very strong opinion,” Trump said, gesturing to Hahn and Health and Human Services Secretary Alex Azar, both of whom attended the briefing.

Hahn said that data so far has shown a 35 percent improvement in survival for those treated with convalescent plasma. He did not answer a shouted question at the conclusion of the briefing as to whether he was pressured on the decision.

Azar described the development as a “major advance in the treatment of patients.”

Convalescent plasma is created from blood of individuals who have recovered from the coronavirus and has been used to treat other viruses such as MERS, SARS and Ebola.

Convalescent plasma has already been used to treat roughly 70,000 Americans who have contracted the coronavirus.

Gottlieb, a former FDA commissioner under Trump, said on CBS’s “Face the Nation” earlier Sunday that granting emergency use authorization for the treatment would allow for “easier access in certain settings,” but he noted that it is already widely available.

“What the emergency use authorization will allow is probably more commercial distribution and it will allow manufacturers or plasma products to more easily recoup the costs,” Gottlieb said.

“The bottom line is it’s widely available right now. Patients are getting it,” he continued. “It’s incremental, and incremental gains are important here, but we need to view it for what it is.”

Trump has been a vocal proponent for convalescent plasma as a treatment for COVID-19 and has publicly urged individuals who have recovered from the virus to donate their plasma.

Trump suggested to reporters at a news briefing last week that the FDA was playing politics in its decisions regarding emergency use authorization for convalescent plasma. Trump said he didn’t want any “delays” in the decision process.

Sunday’s announcement came on the eve of the start of the Republican National Convention, where Trump is seeking a political boost in his battle for reelection against Democratic nominee Joe Biden. At the Democratic National Convention last week, many prominent Democrats focused their criticism on Trump’s handling of the coronavirus, which has infected roughly 5.7 million Americans in total and killed more than 176,000 in the United States.

Trump, who will be formally nominated on Monday, will be featured each day of the convention in some capacity, and the events will culminate in his acceptance speech from the White House on Thursday.
National