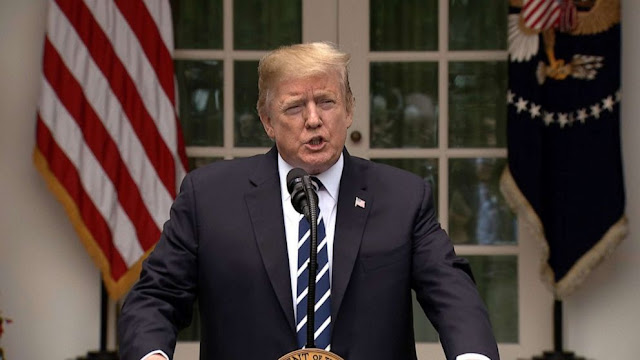 President Trump is returning to the Republican National Convention four years after he first secured the nomination in a familiar role: that of the underdog in the general election.

The president will accept his party’s nomination this week with a narrower path to victory than he had four years ago. Trump is playing defense in several states he won in 2016, while allies and pollsters say New Hampshire may be the only state he can flip in November.

Trump and his campaign have relished beating the odds, regularly pointing to 2016 as proof it can be done. They insist unmatched enthusiasm among his base and a "silent majority" of overlooked voters will guide the president to reelection.

But Trump faces a different set of obstacles this time around.

His opponent, former Vice President Joe Biden, has higher favorability ratings than 2016 Democratic nominee Hillary Clinton did at this point in the campaign. The coronavirus pandemic has ravaged the country and altered public gatherings, taking away Trump’s penchant for daily rallies. And Trump has spent four years in the White House, giving him a record for voters to judge and making it harder to present himself as the ultimate outsider who nobody believes can win.

“It’s hard to say nobody believes in us when you’re the incumbent,” said Doug Heye, a former spokesman for the Republican National Committee. “He may be the underdog in this race, but he still has the title. That’s not insignificant. It just cuts against his arguments.”

The presidential race has shifted dramatically over the past five months. COVID-19 has hit the United States harder than any country in the world, killing more than 170,000 people. The economy that was once the crown jewel of Trump’s reelection bid has collapsed, leaving tens of millions of Americans unemployed.

Trump’s approval ratings have sharply declined over his handling of the pandemic, and a majority of voters say they do not trust the information he provides on the outbreak.

At the same time, Democrats have coalesced around Biden as their nominee following a messy primary fight that raised questions about the direction of the party.

And, unlike 2016, there do not appear to be any viable third-party candidates who could meaningfully siphon away Democratic votes to aid Trump in battleground states.

Biden has built a steady, but not insurmountable, lead in national and swing state polls. The former vice president leads Trump by 8 percentage points in a RealClearPolitics average of national polls. An ABC News-Washington Post poll released Aug. 17 put Biden ahead by double digits among both registered and likely voters.

Swing state polls show a tighter race, however. A Morning Call-Muhlenberg College poll released Thursday showed Biden leading by 4 points in Pennsylvania, and a CNBC poll released earlier this month had Biden with only a 1-point edge in Arizona.

Trump’s advisers have cried foul over recent polling that shows Biden with a commanding lead nationally, arguing Republicans are undersampled in those surveys. Multiple campaign officials have pointed to a Quinnipiac University poll from July that showed Biden leading by 15 points, but Republicans only accounted for 24 percent of respondents, well below their share of the electorate.

“He’s second in the race right now. He's not an underdog. He’s just behind,” said Sam Nunberg, an adviser to Trump’s 2016 campaign, who added that he still believes the president will win reelection.

Trump often likes to say the polls got it wrong in 2016, but experts say that’s oversimplifying things. National polls were largely accurate, as they projected a roughly 3-point Clinton victory, and she ultimately won the popular vote by a similar margin.

“The problem is there were some polls in a couple of states that were not reflective of what was happening in those states,” said Mark Mellman, a Democratic pollster and columnist. “We have many more polls in those states than we did before.”

“More polls would have to be off in more places this time to produce different results,” he added.

Still, some Trump advisers and political experts believe the president may benefit from the barrage of polls that show him trailing Biden.

Susan McManus, a professor emerita at the University of South Florida, said Trump’s underdog status gives him a chance to boost turnout among his supporters. If Trump were to pull even or overtake Biden in the polls, she said, it could mobilize Democrats and some independents desperate to vote the president out of office.

Trump remains within striking distance of reelection, with roughly 70 days until Election Day. Advisers and strategists believe he has more tools at his disposal than he did in 2016 to pull off a victory.

He now has a more seasoned campaign staff armed with millions of dollars, an upgrade over the ragtag group from four years ago, several of whom have since been indicted.

Trump’s record of governing is a double-edged sword, providing critics with constant fodder but also giving conservatives accomplishments to tout, such as tax cuts, deregulation and the confirmation of hundreds of judges.

The president also has the advantages that come with the bully pulpit. Trump earned untold amounts of free media when cable networks aired his 2016 rallies in full, and he has used presidential events from the White House to try to replicate that strategy.

Trump and his campaign are relying heavily on boosting turnout among his base. The president has struggled to broaden his appeal beyond that base, though he has solidified his control over the GOP.

Campaign advisers point to indicators both conventional and unconventional when asked why they are so confident Trump will prevail for a second time.

One senior campaign official cited an increase in Republican voter registration in states like Pennsylvania since Trump took office as a sign he has grown his support.

Speaking in Pennsylvania on Thursday, Trump cited the hundreds of supporters who lined the streets to greet him as proof of his popularity, repeating his claim that he could only lose if the election is "rigged."

Trump and his allies also routinely tout large gatherings of boaters who fly Trump flags en masse; the president has highlighted niche groups like “Bikers for Trump”; and the president has managed to pull off smaller-scale rallies with hundreds of supporters in Arizona, Minnesota and Wisconsin in the past week.

That evidence may be unorthodox and in some cases unscientific, but the campaign believes it shows another upset victory hiding in plain sight.

“The pollsters and mainstream media are repeating the same mistakes they made leading up to the 2016 election, and that’s why the coverage and polling of this race doesn’t tell the whole story,” said Nick Trainer, director of battleground strategy for the Trump campaign.

“In both instances, they consistently underestimated President Trump’s ability to resonate with voters,” he added. “And their desire to prove the media wrong once again is certainly part of what produces the huge enthusiasm gap between President Trump and Joe Biden.”
National