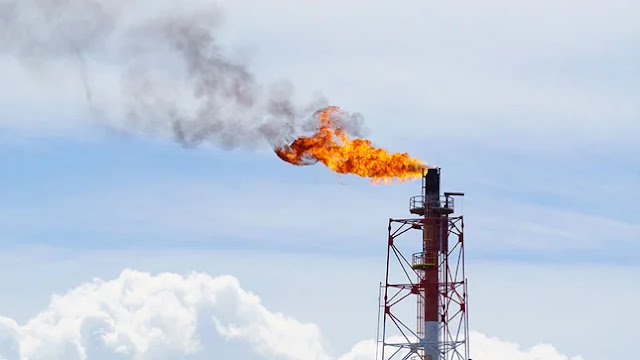 The Environmental Protection Agency (EPA) on Thursday finalized rescinded standards for methane emissions in the oil and gas industry and foreshadowed similar actions for other pollutants.

The agency rules also set the stage for rollbacks to other pollutants by arguing that the EPA under former President Obama did not sufficiently define what constitutes a “significant” contribution to climate change under the Clean Air Act.

The EPA intends to put forth another rule with a definition for "significant," with the methane rule stating that it could apply its new criteria in future decisions.

The agency argued in the rule that the standards it rescinded were redundant, overlapping substantially with other regulations regarding volatile organic compounds (VOCs).

However, in specifically regulating methane from this sector in 2016, the Obama administration determined that while standards for VOCs also “incidentally” reduce methane emissions, a methane-specific standard would “achieve meaningful [greenhouse gas] GHG reductions and will be an important step towards mitigating the impact of GHG emissions on climate change.”

The EPA estimated that the two new rules it put forward would have combined net benefits worth $750 million to $850 million dollars from 2021 to 2030.

Over the same period, the rules would increase methane emissions by 400,000 tons and 450,000 tons each, according to the agency.

Methane, the primary component of natural gas, is 25 times more impactful than carbon dioxide in equal quantities, according to the EPA.

The greenhouse gas is leaked into the atmosphere during the production, transportation and storage of oil and gas. Natural gas and petroleum systems are the second-largest source of methane emissions in the country, behind only agriculture.

The administration touted the changes as a move to reduce regulatory burdens on industry, particularly small producers, while critics argued that they would exacerbate climate change.

Even before it was officially announced, the changes were already drawing ire from congressional opponents.

Sen. Angus King (I-Maine) called rolling back methane regulations “the single worst thing that could be done to attack the climate” in an interview ahead of the rule’s release.

“This is a serious national security concern and it’s a serious concern for the future of this country. I just hope these people have to face their grandchildren and explain to them why they took this step,” he said.

Ahead of the announcement on Thursday, Sens. Chris Van Hollen (D-Md.) and Ed Markey (D-Mass.) unveiled legislation that would aim to make natural gas producers liable for major emissions of methane by imposing financial penalties for blowouts and requiring EPA notification within 72 hours.

The new rule also makes changes to other regulations.

Notably, it would reduce the frequency of monitoring for a type of emissions known as “fugitive emissions” for compressor stations that help process and transport natural gas from quarterly to twice a year.

It would also exempt wells that produce the equivalent of 15 barrels of oil daily or less from fugitive emissions monitoring.

The rollbacks finalized Thursday were first proposed in 2018 and 2019.

Some industry players cheered the regulation, while environmentalists and Democrats were extremely critical.

“We support this revision as it is consistent with the requirements of the Clean Air Act,” said a statement from Frank Macchiarola, the American Petroleum Institute’s senior vice president of Policy, Economics and Regulatory Affairs. “Under these modified rules, operators will still be required to control emissions, and the industry continues to make progress in reducing methane emissions through new technologies."

Some environmental groups, like Earthjustice and the Environmental Defense fund, are already vowing to sue over the newly-issued regulations.

“We need strong methane standards to keep our air clean and safe to breathe, and combat the climate crisis,” said a statement from Earthjustice associate attorney Caitlin Miller. “EPA must prioritize our health and safety over the profits of oil and gas companies, and we will hold them accountable in court.”

King suggested that Congress could try to undo the rule through the Congressional Review Act, which gives the legislative branch the ability to block agency rulemaking.

“I’ll be surprised if all of my Republican colleagues want to go on record as voting in favor of methane emissions,” he said.
National