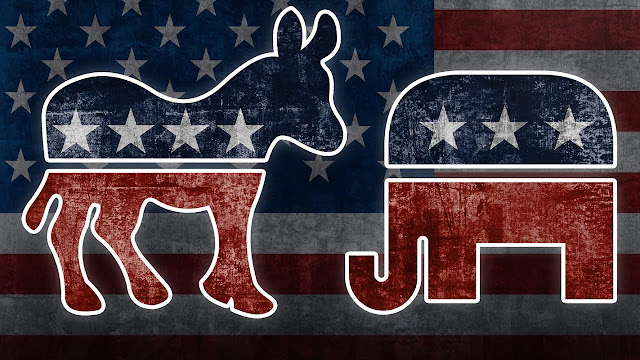 Pitched battles for control of state legislative chambers are attracting unheard-of sums of money as Democrats and Republicans home in on once-overlooked elections that will determine which party holds power for the next decade.

Races for state House and Senate seats are taking on a new importance this year, ahead of a decennial redistricting cycle in which legislators in most states will draw new political boundaries for the next decade.

Ten years ago, Republicans used sweeping victories in the 2010 midterm elections to solidify their majorities in many states across the country. Now Democrats, who picked up hundreds of legislative seats in the 2018 midterm elections, hope to return the favor.

“The juxtaposition of a presidential year with a pandemic and redistricting and a subsequent economic crisis is probably a once in a lifetime scenario,” said Texas state Rep. Celia Israel (D), who chairs the Texas House Democratic Campaign Committee.

The Texas House is one of the prime prizes up for grabs this November. Democrats need to win a net of nine seats to reclaim control for the first time in a generation. Doing so would give them one of three seats at the table during redistricting negotiations — and the power to block Republican efforts to draw the most favorable map for the GOP.

Republicans hold 23 of Texas’s 36 House seats today. After the state gains two or three seats following this year’s census, the difference between a Republican-drawn map and a bipartisan compromise could shape the face of Congress for years to come.

Winning the state House, Israel said, would mean “we don’t get to run the table, but we’re at the table.”

The same urgency of redistricting is driving Democrats to spend heavily to capture state Senate chambers in Minnesota and North Carolina, and state House chambers in Iowa, Michigan, North Carolina and Pennsylvania, all states where the legislature plays a role in redrawing political boundaries. Republicans are targeting Democratic majorities in Colorado, Nevada and New Hampshire.

Democrats also hope to win in Arizona, where Republicans have held the state House since 1966 and the state Senate since 1994. Arizona’s legislature does not play a role in redistricting.

“The interest overall in legislative races in Arizona is higher than I’ve ever seen before,” said state Rep. T.J. Shope (R), the Speaker pro tempore. “The fact that Arizona is moving into a purple type of category has definitely heightened the awareness.”

Eighty-six of the 99 chambers across the country are up for grabs this year, a total of 5,876 seats. Only Louisiana, Mississippi, Alabama, Virginia, Maryland and New Jersey do not have legislative elections in 2020.

With so much at stake, both parties are raising and spending unprecedented sums in the fight for legislative control. The Democratic Legislative Campaign Committee has pulled in $30 million, while the Republican State Leadership Committee reported raising $10.5 million in the second quarter of the year alone.

“Compared to 2018, the enthusiasm, the energy is off the charts,” said North Carolina state Sen. Jay Chaudhuri (D). “One of the significant differences going into the 2020 election is that our candidates in competitive districts are getting a lot more grassroots support from a financial perspective, and we’re also seeing national support.”

In 2018, Democrats won the majority in Congress on the strength of their performance with suburban voters and with women. This year, both sides say control of state legislatures will be decided in those same areas, and among those same voters.

“Suburban areas and even interior areas of large cities that have a large affluent population have gone from Republicans to the Dems,” said Shope, the Arizona Republican. “We’re not immune to those types of trends that we have seen across the country.”

Shope pointed to swing districts in Paradise Valley, north and east of downtown Phoenix, and Chandler, southeast of the city. In Texas, battlegrounds in suburban Austin, Houston and Dallas-Fort Worth will decide who controls the state House. In North Carolina, suburban Mecklenburg and Wake counties are the epicenters.

Increasingly, both parties are turning to women candidates. Democratic voters have nominated almost 1,500 women candidates across the country, while Republicans have chosen 714 women, according to the Center for American Women in Politics at Rutgers.

But the coronavirus has upended the typical rhythm of politics, and many candidates have been unable to do the sorts of voter outreach — parades, meet-and-greets, even simply door-knocking — that they might in a more normal environment.

“Every campaign is working hard to contact voters digitally or through the telephone, not knocking on doors at all,” Israel said. “Voters don’t seem to be comfortable yet talking to a stranger at a door.”

The pandemic itself is shifting the way candidates talk, if not the issues they say remain most important to voters.

“We’re still talking about the same issues of health care, economy and education. The difference is we’re talking about it through the frame of COVID-19, which in many ways sheds light on the differences between how Democrats talk about these things versus Republicans,” Chaudhuri said. “The president continues to do damage to the Republican brand.”
National