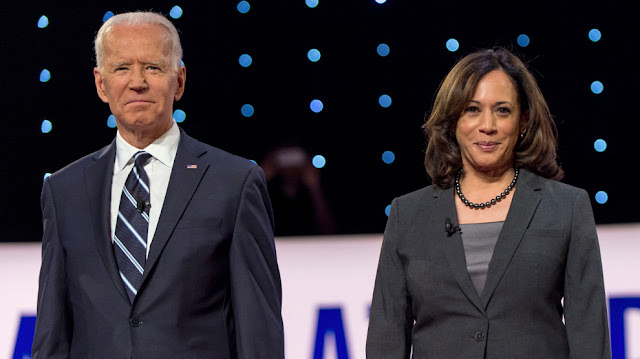 Political journalists, including myself, are watching, analyzing, and debating the Democratic convention, produced with unparalleled restrictions and complications from the pandemic and trying to assess its effectiveness. I have tried to keep in mind that in a lot of cycles, the convention is not much of a factor in the long run, even if it’s widely considered a good one.

This year, the conventions really might be non-factors. On Monday night, the 18.68 million viewers on ABC, CBS, NBC, CNN, Fox News, and MSNBC was down about 28 percent compared to the opening night of the 2016 Democratic convention. The big three networks of ABC, CBS, and NBC had 6.13 million viewers on Tuesday night, “marking a 48 percent drop from the second night of the convention in 2016.”

Last night, 21.4 million viewers watched Barack Obama and Kamala Harris — better than the previous nights, but “far fewer TV viewers than four years ago, when 24.4 million people tuned in for the third night.” Then again, cut Obama and Harris some slack. It’s hard to compete with that whirling dervish of raw political charisma known as Tim Kaine.

Maybe more of the audience is drifting to streaming services or online viewing, or figures they’ll can skip watching and catch the highlights on social media the next day. But that is unlikely to explain the entire drop in viewership.

There are a couple other reasons why viewership could be down compared to four years ago. Whatever you think of Hillary Clinton, she was making history as the first woman to be nominated for president by one of the two major parties. Voters may see Joe Biden as just . . . less interesting. The speaker lineup this week featured Doug Jones, John Kasich, Chuck Schumer, Chris Coons, Tony Evers, and Elizabeth Warren. Tonight promises Jon Meachum and Michael Bloomberg. Can you blame anyone for changing the channel?

But allow me to float one other theory: The year 2020 has just been awful on all kinds of fronts — the coronavirus, the lockdowns and quarantines, a giant economic slowdown, the death of George Floyd, protests about racial injustice, riots and looting. We’ve been denied the simple pleasures of going to a ball game or concert, catching a summer movie, and most of our kids have been out of school since March. We’ve watched people fighting over wearing masks, whether it’s safe to attend a church in your car, and whether you’re risking your life just by going to the beach. Politics often feels like a cacophony of nasty and juvenile name-calling, combining the worst aspects of cults, cosplay, corporate branding, conspiracy theories, and lectures.

Americans . . . may be tired of dealing with all this stuff and just want someone to fix it. Beyond the political diehards, people may just be not interested in hearing another sales pitch. We will see next week if people are tuning out both parties or just the Democrats.
Opinion