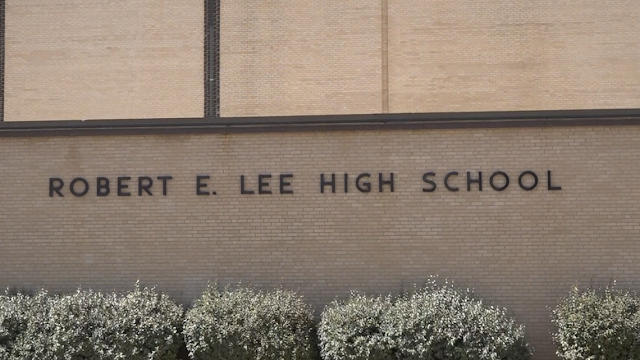 Many Midlanders who don’t want the historic name to be erased made their voices heard Saturday afternoon.

However, the organizer of Saturday’s rally said they don’t want the confederacy associated with the school either.

Supporters who signed the two new petitions to ditch the “Robert E.” part of the name but preserve the Rebel legacy.

One petition asks the school board to name the school as the Midland Lee Rebels, while another suggested it be changed to Midland L.E.E.-Carver Rebels with the “L.E.E” as an acronym standing for legacy, equality, education.

“I would actually love to see Robert E. come off there because when I found out some of my friends were offended, I mean yeah, I don’t have a problem with that, Rally Organizer Caree Wauhhob said. “I don’t think anyone in the community does. We’re all out here just to keep it Midland Lee Rebels to keep the legacy.”

“I know a lot of people excited to wear that Midland Lee Jersey,” Lee Graduate Justin Casanova said. “It’s something their parents got to do, siblings got to do, and they want to be part of that legacy. So, I see say we keep it intact for them.”

The MISD board’s committee has until October to come up with three potential names for the school.
Local News