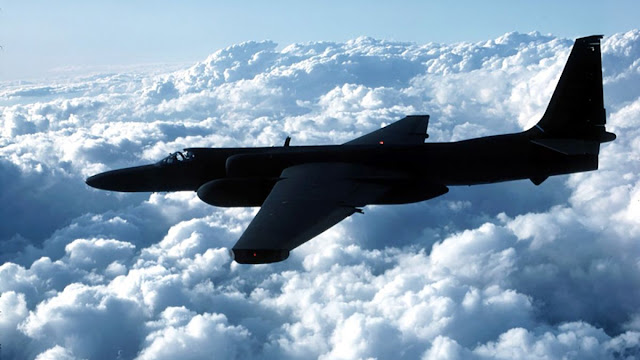 China has accused the U.S. of flying a U-2 spy plane within an area of airspace closed for military training exercises, a charge the U.S. denies.
CNN reported Wednesday that Wu Qian, a spokesperson for the Chinese Defense Ministry, made the accusation in a statement and added that the U.S. action could have resulted in "accidents" or "misjudgments" from Chinese forces.
"The trespass severely affected China's normal exercises and training activities, and violated the rules of behavior for air and maritime safety between China and the United States, as well as relevant international practices," Wu said, according to CNN. "The US action could easily have resulted in misjudgments and even accidents."
A statement from U.S. Pacific Air Forces obtained by CNN denied that the flight had entered unauthorized airspace and asserted that the U.S. would continue such flights as allowed under international law.
"A U-2 sortie was conducted in the Indo-Pacific area of operations and within the accepted international rules and regulations governing aircraft flights. Pacific Air Forces personnel will continue to fly and operate anywhere international law allows, at the time and tempo of our choosing," the branch's statement said.
U.S.-China relations have continued to deteriorate in recent months over a number of incidents, including U.S. intelligence officials accusing Chinese researchers of hiding information about the COVID-19 pandemic from China's government due to fear of reprisals as well as the arrest of a Chinese researcher who took refuge in the country's consulate in San Francisco.
U.S. officials also ordered a Chinese consulate in Houston closed after determining it to be part of a larger espionage effort aimed at U.S. companies.
World