Candidates, others sue secretary of state over election law violations 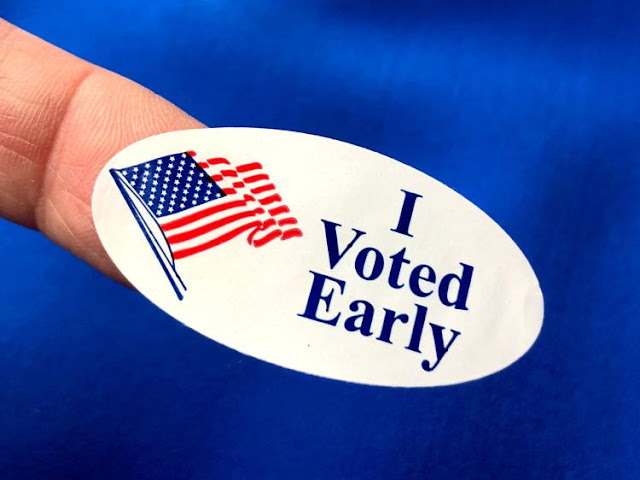 Two candidates on the November ballot and several Texas residents have sued the Secretary of State, seeking an emergency temporary restraining order in Travis County District Court to ensure that the Texas Election Code is followed.

Gov. Greg Abbott announced the suspension of several state laws under the initial emergency order he issued March 13. Among them are two sections of the Texas Election Code.

“I further suspend Section 86.006(a-1) of the Texas Election Code, for any election ordered or authorized to occur on November 3, 2020, to the extent necessary to allow a voter to deliver a marked ballot in person to the early voting clerk’s office prior to and including on election day,” Abbott's order says.

The plaintiffs argue the governor’s July 27 order violates the Texas Constitution and is invalid. They and are asking the court to prevent the Secretary of State’s Office from enforcing and implementing the order.

“We cannot allow Governor Abbott to issues Orders similar to his July 27, 2020 edict that set precedent for future governmental remedies to viruses or diseases," the lawsuit says. "Will it be a little easier next time for a governor to unilaterally make sweeping changes to the Texas Election Code, force people to wear certain items or not act in government-disapproved activities on pain of criminal sanctions?”

The complaint cites a May court opinion that reads, during a pandemic, “the judiciary, the other branches of government, and our fellow citizens must insist that every action our governments take complies with the Constitution, especially now.

“Any government that has made the grave decision to suspend the liberties of a free people must demonstrate that its chosen measures are absolutely necessary to combat a threat of overwhelming severity. Before suspending freedoms protected from infringement by the Constitution, the government is also required to demonstrate that less restrictive measures cannot adequately address the threat.

The ruling continued: “[W]hen constitutional rights are at stake, courts cannot automatically defer to the judgments of other branches of government. When properly called upon, the judicial branch must not shrink from its duty to require the government’s anti-virus orders to comply with the Constitution and the law, no matter the circumstances.”

The plaintiffs are represented by Houston-based Jared Woodfill of Woodfill Law Firm P.C.

For the runoff elections, Abbott doubled the early voting period, moving the start date from July 6 to June 29, ending July 10.

County clerks have asked Abbott to provide more details in order for election officials to have enough time to prepare.

State Democratic Party Chairman Gilberto Hinojosa said an extra six days wasn’t enough. In a statement, he said, "Abbott’s decision to extend early voting by six days is exactly like his COVID-19 response: the bare minimum and not fully thought through."
Texas