Biden: 'Burning down communities is not protest' 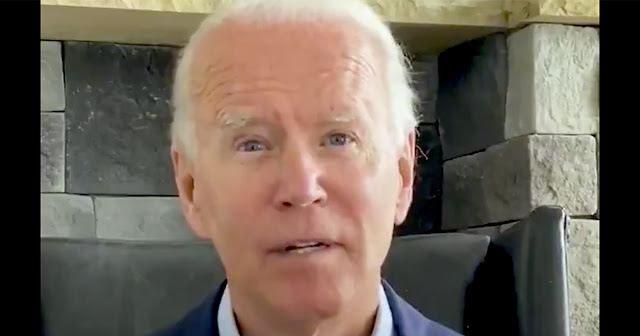 Democratic presidential nominee Joe Biden on Wednesday pushed for calm amid an outbreak of violent protests in Kenosha, Wis., over the police shooting of a Black man, saying that destroying property and burning down neighborhoods will not achieve racial justice.
Speaking into a camera for a video he released over Twitter, Biden expressed anger over the police shooting of Jacob Blake, who was shot in the back by police as he entered his SUV in front of his children over the weekend.
“What I saw on that video makes me sick,” Biden said.
But Biden denounced the violence that has unfolded as part of demonstrations in Kenosha in recent days.
A young man was arrested on Wednesday after two people were fatally shot in Kenosha last night. President Trump says he’s sending the national guard into the city following three days of protests that have included buildings being set on fire and businesses being destroyed.
“Burning down communities is not protest, it’s needless violence,” Biden said. “Violence that endangers lives. Violence that guts businesses and shutters businesses that serve the community. That’s wrong.”
Trump and his campaign have been casting the president as the law-and-order candidate. They’ve accused Biden and the Democrats of ignoring the violent aspects of the protests and have alleged that the Democratic-controlled cities are allowing the criminal activity in the streets.
Biden quoted Jacob Blake’s mother, who denounced the damage that has been done to the community following her son’s shooting.
"This doesn’t reflect my son or my family," Julia Jackson said.
Biden on Wednesday said he spoke with Blake’s family and told them “justice must be done.”
“It’s horrible what they saw," Biden said. "Watching their father get shot. Like Gianna Floyd, they’re asking why? Why daddy? Put yourself in the shoes of every black father and black mother in the country and ask, is this what we want America to be? Is this the country we should be? I said after George Floyd’s murder, protesting brutality is a right and absolutely necessary."
"So let’s unite and heal, do justice, end the violence and end the systemic racism in this country now," he added.
National