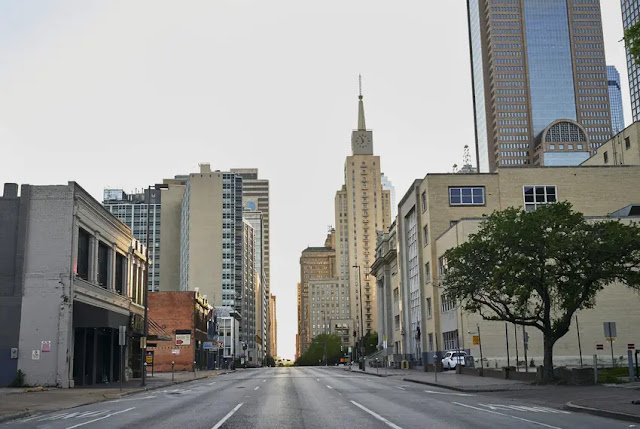 By Ross Ramsey
Property valuations in Texas are supposed to be complete now that the July deadline has passed. The next step is as hard as arguing over what a house is worth, as cities, counties, school districts and all those other local governments set their budgets and their tax rates.
That happens in public hearings, perhaps held in person at a time when many gatherings have moved to the tiny online boxes of Zoom, Meet, Team, Webex and other services most of us hadn’t heard of six months ago.
Those annual budget and tax hearings are where Texans find out what’s going to happen to police and public safety budgets — to steal a talking point from this summer’s justice marches and protests — and to parks and public health and the other programs and services of local government.
School districts are being remade and reconfigured before our eyes, as local educators contend with major changes in teaching, transportation, technology, food services — all the intricacies of sending 5.5 million young Texans to public schools five days a week, 180 days a year. Oh, yeah, and how to keep people in schools — young and old, staff and student — safe from a virus that has already killed more than 6,200 Texans in less than five months.
They’ll have to figure out what that’s going to cost and which taxes will pay for it, even as they’re pondering the changes in their operations and the often confusing instructions they’re getting from state officials in Austin.
It’s a chore, even in a normal year. Budgets and taxes are the meat and potatoes of government and what voters expect from it, wrapped in numbingly boring sheets of numbers.
This is where public officials say what their governments will do and how much they’ll charge taxpayers to get it done. Safe to say citizens will have some thoughts they’d like to share, even if it’s not about the hot topics of police funding and in-person public education during a pandemic.
Public budget hearings are a certainty, according to Bennett Sandlin, executive director of the Texas Municipal League. Every city has to set a budget and has to do it at a public hearing. Tax rate hearings are conditional, he says: Local officials don’t have to have public tax hearings if they’re not increasing their tax revenues. Only tax increases require that public input.
But it all happens at the same time. Whether the calculations start with programs and services — how much will this cost? — or with price — how much money will taxes bring in? — it has to balance. They do those things together at the local level, deciding at the end whether the things they want to do can be done with the money they have. If the answer is no, they choose between cutting spending and raising taxes.
Simple enough. Politically hazardous. And definitely the kinds of debates voters watch closely and want to take part in.
It’s not clear whether hearings have to be held in person or online. Lawyers for local governments are trying to sort that out, since it might mean they have to make physical spaces safe during the pandemic without making a joke of their public hearings by shutting out enough people to thwart the coronavirus. They’re hoping to get some guidance from Gov. Greg Abbott, who temporarily suspended the state’s open-meeting laws as the virus started to spread in Texas.
Tax rates could be a particular point of interest in August 2020. Government revenues have fallen during the pandemic-induced recession. Even at current spending levels, that creates some pressure on budget-writers who counted on a better economy to fund their operations. And a new law designed to give voters more power to limit tax increases — passed by the Legislature in 2019 — is now fully in effect.
Cities and counties can no longer raise their property tax revenues more than 3.5% without asking voters for permission. That sounds simple enough, but lawyers always find a loophole, right? State law arguably raises that new limit on increases to 8% in times of disaster, and some lawyers read the definition of disasters to include epidemics.
State Sen. Paul Bettencourt, a Houston Republican who co-authored the tax limit, has said the pandemic doesn’t trigger the exception, but he also said it will be a point of debate.
Expect lawsuits.
Either way — 3.5% or 8% — cities and counties that are increasing taxes will have to hold public hearings. Any local governments adopting budgets will, too.
They just need to let us know whether we’ll need masks or laptops if we have something to say about it.
This article originally appeared at the Texas Tribune.
Opinion