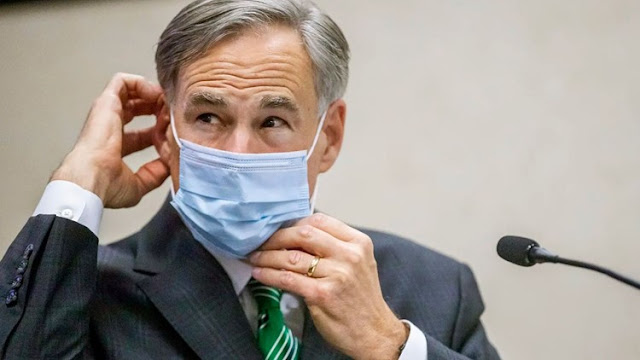 Texas Gov. Greg Abbott (R) will not attend the scaled-back Republican National Convention in North Carolina, he said in a letter to GOP Chairwoman Ronna McDaniel.
"It was an honor being selected to serve as Chair of the Texas Delegation for the 2020 Republican National Convention," Abbott wrote in a letter dated Friday and obtained by the Dallas Morning News. "However, as we deal with the COVID-19 pandemic, my top priority remains focused on protecting the health and safety of Texans."
“As such, my duties as governor will not permit me to attend the convention session in Charlotte,” he added.
Lt. Gov. Dan Patrick (R), chairman of President Trump’s Texas reelection campaign, will lead the state's Republican delegation, Abbott said.
Patrick, he wrote, “was elected by the Texas delegates to be vice chair of the delegation, and as acting chair, he will represent Texas well.”
While Texas typically sends more than 150 delegates to the Republican convention, the party will limit on-site delegates to six to reduce the risk of spreading the novel coronavirus. The rest of the on-site delegation includes state GOP Chair Allen West, Republican National Committee members Toni Anne Dashiell and Robin Armstrong, El Paso County GOP Chair Adolpho Telles, and state Republican Executive Committee member Deon Starnes, according to the newspaper.
Trump announced the convention would be moved to Jacksonville, Fla., after disagreements with North Carolina Gov. Roy Cooper (D) about social-distancing measures at the event. In late July, however, Trump announced the Florida events would be cancelled, saying he would accept the party nomination in Charlotte.
“I’ll be in North Carolina and that’s a very big deal because we have a lot of the delegates there and that will be a nomination process, and that’s essentially where the nomination, where it’s formalized,” Trump told Raleigh-based WRAL News last week.
Texas