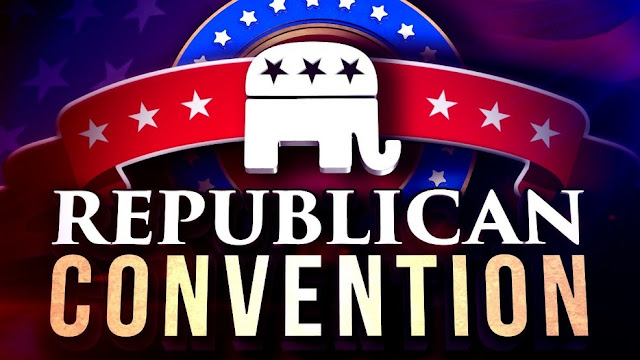 The first night of the Republican convention was . . . go figure, pretty good!

Who would have been surprised if this whole thing had turned into a mess? The Republicans had already changed venues twice, the limitations of holding a big event during a contagious pandemic are considerable, the GOP can’t count on many Hollywood celebrities or musical numbers, the polling looks grim, and last week’s Democratic convention had generally gotten good reviews.

But the Mellon Auditorium made a suitably dramatic and stately backdrop.

One potential flaw in the programming schedule is a bunch of good speakers were kept early in the evening. Maybe this will mean a bigger audience on the East Coast, and a smaller one on the West coast, compared to the 10 p.m. hour.

The standouts included nurse Amy Johnson Ford, Natalie Harp discussing right-to-try, a heartfelt and connecting address from college and pro-football great Hershel Walker, Democratic state representative Vernon Jones of Georgia, Andrew Pollack, the father of a Parkland school-shooting victim, talking about the “scumbag gunman” who killed his daughter Meadow, Maximo Alvarez, speaking bluntly about the realty of life under a socialist regime. The non-politicians were generally better and more compelling, with two notable exceptions from South Carolina: Nikki Haley turned in the kind of smooth, solid speech that earned her a lot of fans in Republican circles, and Tim Scott is an absolute gift to the Republican Party — one that it may or may not deserve at this point.

Trump’s circle chat with the released hostages was . . . human and empathetic, by his standards. I could have done without the president telling American pastor Andrew Brunson, “to me, [Turkish president] President Edrogan was very good.”

The night had some off-key notes. Someone should have told Kimberly Guilfoyle that she had a microphone, and that she didn’t need to shout her entire speech so that the viewers at home could hear it. I’m not sure Mark and Patricia McCloskey added anything that any one of thousands of armed citizens who exercised their right to self-defense couldn’t have added better and less controversially.

Overall, a surprisingly strong start — and now Republicans eagerly await the ratings. If people at home were watching . . . maybe Trump will get a nice polling bump out of this week and the dynamic of this race will change. Or, maybe Americans are tired of politics and don’t want to watch any more on a late summer night.
Opinion