A few reasons why Trump can't be written off 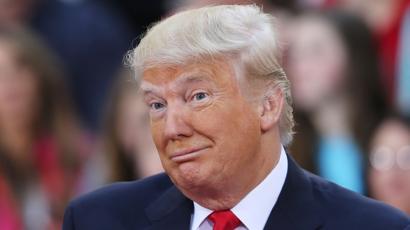 Many in the media, backed by most polls, are already measuring the Oval Office drapes — for presumptive Democratic presidential nominee Joe Biden.
And to be sure, it doesn’t look good for President Trump’s reelection bid. Lots of people, me included, are tired of the administration’s daily drama and unforced errors — such as the president tweeting that we may need to postpone the election after he categorically denied Biden’s suggestion that Trump might do just that.
But the media, again backed by the polls, dismissed a possible Trump victory in 2016, and look how that turned out.
There are several reasons why it’s way too early to write off Trump.
The problem of peaking too soon: Athletes, especially runners, are familiar with the notion that they can peak too soon — that is, expend too much energy too quickly, making it difficult to finish the contest.
Well, conventional wisdom says political campaigns can also peak too soon. For example, a reporter asked in 2015 whether Republican presidential hopeful Chris Christie had peaked too soon. A Washington Post reporter wondered in 2018 whether Sen. Elizabeth Warren (D-Mass.) had peaked too early in her quest for the Democratic nomination. And in 2015, two reporters asked the same question about then-Wisconsin governor and presidential hopeful Scott Walker.
No one thinks Trump has peaked; he’s barely gotten out of the starting blocks. But that may change. Trump surged in the last few weeks of the 2016 presidential campaign, and it’s possible he could do it again — especially after voters have had several weeks to look closely at Biden and all of the challenges and baggage he brings.
Voters want law and order: One of the great mysteries of this election cycle is why many Democrats have been reluctant to criticize the riots, looting, mayhem and property destruction that is taking place in so many cities. And why so many think defunding the police is a winning issue.
And it’s not just conservatives wondering. Several prominent Democrats, including Lanny Davis and Ted Van Dyk, have recently pondered that question.
Some establishment Dems must have cringed at pictures of Portland Mayor Ted Wheeler joining the rioters and egging them on.
The public has been very supportive of the protests against racism after the vicious death of George Floyd. But some of the protests have been devolving into riots, and voters don’t like it. A new Rasmussen poll finds “50% of Likely U.S. Voters believe political leaders in some major cities like Portland and Seattle are encouraging violent protests by limiting the police response.”
President Trump, seeing an opportunity, is portraying Democrats as supporting these actions. It may not be all, but there has been little repudiation of the lawlessness by prominent elected Democrats.
While Trump has been losing some of the support he had in the suburbs and among seniors, he may regain it, and then some, if he is seen as the only one condemning the ransacking of cities.
The pull of the left: Establishment Democrats must feel like they dodged a bullet when Biden defeated Sen. Bernie Sanders (I-Vt.) for the Democratic presidential nomination. Biden is trying to cast himself as a moderate progressive, if that’s not a contradiction in terms.
But the Sander-nistas have no intention of letting Biden off easy. Their plan is to pull him as far to the left as possible, and the 110-page Biden-Sanders Unity statement suggests that the socialists are winning.
The further left Biden goes, the more voters he will alienate, and the better chance Trump will have.
The Russian collusion hoax: By now it’s clear that the Russian collusion hoax was initiated and funded by Hillary Clinton’s campaign, and that key FBI personnel knew there was nothing there even as they pushed the narrative and lied to the FISA Court.
Within a few weeks, the Justice Department should be releasing U.S. Attorney John Durham’s forthcoming report on the role that the FBI played in the Trump-Russia collusion investigation. It may reveal serious, and perhaps unlawful, actions taken by certain FBI employees, and possibly implicate both President Obama and Biden. That development could sow a lot of doubt in the public’s mind about Biden shortly before Election Day.
At this point, Trump has an uphill battle to win reelection. But the riots, Democrats’ far left turn and possible future revelations about the Russian hoax, may provide enough momentum to put Trump over the top.
As with Hillary Clinton’s defeat, if Democrats lose again, they will have no one to blame but themselves.
Opinion