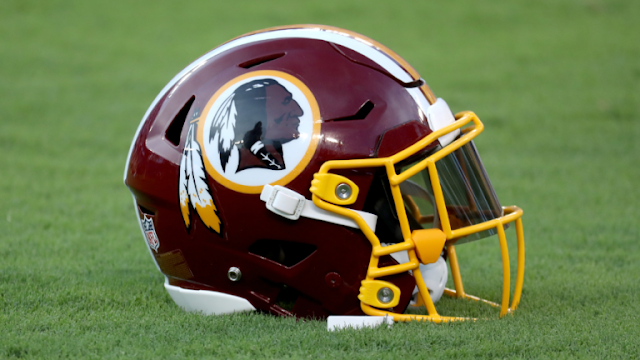 The Washington Redskins announced Friday that the franchise will undergo a "thorough review" of the team's name, which has been broadly denounced as derogatory.
Washington Redskins owner Dan Snyder has long defended the name of his team despite criticism that it has racist connotations, but Snyder has recently come under intense pressure from major sponsors to change it.
FedEx, the team's stadium namesake, wrote to the owner on Thursday requesting that he change the name. Nike as of Thursday night had also pulled all Washington football merchandise from its website.
"This process allows the team to take into account not only the proud tradition and history of the franchise but also input from our alumni, the organization, sponsors, the National Football League and the local community it is proud to represent on and off the field," Snyder said in a statement announcing the move Friday.
The team attributed the review to the “recent events around our country and feedback from our community.”
Protests calling for the end of police brutality and systemic racism in the U.S. have swept across the country in recent weeks, sparked by the death of George Floyd in Minneapolis police custody on May 25.
In recent weeks, protesters have toppled statues of Confederate leaders and there has been a push in Congress to rename military bases that are named after Confederate figures.
Last month, a statue of Redskins founder George Preston Marshall was removed from RFK Stadium, where the team used to play, after it was vandalized.
The movement also renewed calls for Snyder, who has owned the team since 1999, to change its name.
Pressure grew this week with investment firms and shareholders of the team’s major sponsors pushing the companies to divest from the team.
FedEx paid $205 million for naming rights to the team’s Maryland stadium in 1998; those rights run through 2025.
"We have communicated to the team in Washington our request that they change the team name," the company said in a statement to The Hill on Thursday.
A spokesperson for PepsiCo, also a partner of the team, said in a statement to The Hill on Friday: “We have been in conversations with the NFL and Washington management for a few weeks about this issue. We believe it is time for a change. We are pleased to see the steps the team announced today, and we look forward to continued partnership.”
Sports