Voting will occur in all 50 states on November 3, come hell or high water 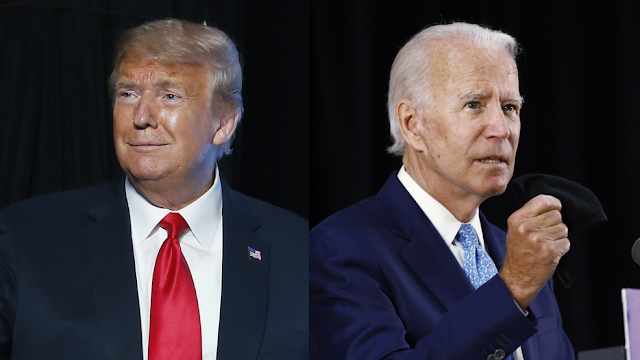 USA Today turns over some op-ed space to David Rothkopf, host of Deep State Radio, who declares that “the threat posed by Trump’s musing about illegally delaying the election must be seen not in terms of the letter of the law but of Trump’s intent, of his situation and of his history.”
That letter of the law thing matters, though. For starters, the U.S. legal code declares, “The Tuesday next after the 1st Monday in November, in every even numbered year, is established as the day for the election, in each of the States and Territories of the United States, of Representatives and Delegates to the Congress commencing on the 3rd day of January next thereafter.” Changing that would require an act of Congress. Article II of the U.S. Constitution explicitly states:
The Congress may determine the time of choosing the electors, and the day on which they shall give their votes; which day shall be the same throughout the United States.
Without a congressional act, voting will occur in all 50 states on November 3, come hell or high water. Period. Full stop. Do not pass “Go,” do not collect 200 dollars.
The USA Today op-ed includes the headline, “Take Trump seriously. Laws and the Constitution haven’t stopped him yet.” What on earth are they talking about? As of April 2019, the administration had lost in federal court at least 70 times. Just recently, the Trump administration lost cases on DACA and on access to his personal financial records.
Rothkoph warns that “complacency about the seriousness of the threat posed by the president’s tweet was exactly the wrong one.”
If Trump wanted to postpone the election, how would he do so? He cannot simply declare Election Day rescheduled via Twitter. The federal government has very little say in how elections are run in the United States. Elections are conducted locally, usually administered by county or city officials or clerks.
The president can’t unilaterally alter anything about the voting process. The people running the polls don’t answer to him! (And just who would enforce this presidential edict?)
The person in charge of a state’s elections varies from state to state. Twenty-four states have an elected secretary of state whose duties include administering elections, nine states have a board or a commission that oversees elections, seven use a combination of a chief election official and a board or commission, five states have a chief election official appointed by the governor, and two have the lieutenant governor as the chief election official. Those figures are accountable to the citizens of their states; they don’t answer to the U.S. president.
The entire op-ed amounts to a contention that yes, the president has no authority to do this, but people should be frightened by the president’s suggestion anyway.
Isn’t everybody frightened enough these days?
Opinion