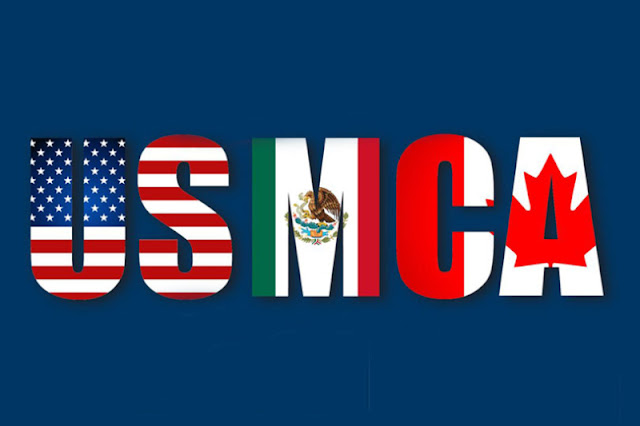 By Jennifer Dorsett
The United States-Mexico-Canada Agreement (USMCA) is officially in effect today, ushering in a new, modern era of North American trade.
And it couldn’t happen soon enough for farmers and ranchers struggling with a depressed farm economy.
“This agreement represents an important step in economic certainty for American agriculture. That certainty is needed now more than ever as Texas farmers and ranchers try to recover from several years of decreased net farm income and volatile market conditions from the COVID-19 pandemic,” Texas Farm Bureau (TFB) President Russell Boening said. “Without the teamwork between leaders in Washington, D.C., and the many industries in Texas that rely on North American trade, this hugely bipartisan agreement would not have been passed.”
As the top exporter in the U.S. for the past 17 years, Texas relies heavily on its North American trade partners. In 2018, Mexico and Canada accounted for $137.2 billion in Texas exports.
Under USMCA, Canada will increase quotas on U.S. dairy products, benefitting American dairy farmers by $242 million, according to the American Farm Bureau Federation. Canada also will treat wheat imports the same as domestic wheat for grading purposes.
Mexico agreed that all grading standards for agricultural products will be non-discriminatory.
The agreement also enhances science-based trading standards among the three nations.
After more than a year of negotiations, USMCA passed in the U.S. House of Representatives last December by a vote of 385-41. The bill later passed in the Senate by a similar overwhelming majority and was signed by President Donald Trump in January.
“Texas Farm Bureau appreciates the steadfast leadership of the Trump administration, as well as key leaders in Congress, such as Sens. John Cornyn and Ted Cruz and Congressmen Kevin Brady and Henry Cuellar,” Boening said. “Texas Farm Bureau especially thanks all 38 members of the Texas Congressional delegation for voting in favor of this agreement.”
In a press conference on Tuesday, U.S. Rep. Kevin Brady noted garnering support for the agreement came from constituents and advocacy organizations like Farm Bureau.
“We would not have achieved this vote without the hard work of Texas Farm Bureau,” Brady said.
Brady, who was joined by fellow U.S. Reps. Henry Cuellar, Jodey Arrington and Michael Cloud, called USMCA a win for Texas agriculture and Texas businesses.
New provisions under the trade deal will strengthen and enforce environmental and labor obligations, which makes strides in leveling the playing field for Texas and U.S. workers and businesses.
The trade deal will expand job opportunities in Texas and the U.S.
An independent International Trade Commission report estimates USMCA will add $68.2 billion to annual gross domestic product and create more than 176,000 additional jobs.
USMCA also will grant U.S. poultry farmers more access to Canada and will establish modern sanitary and phytosanitary standards.
“USMCA’s implementation marks a major milestone for Texas agriculture. Since the inception of the North American Free Trade Agreement in 1994, agricultural exports have soared from $8.9 billion to almost $40 billion,” Boening said. “USMCA builds on this important achievement and strengthens our trade relationship with Canada and Mexico.”
Farm and Ranch