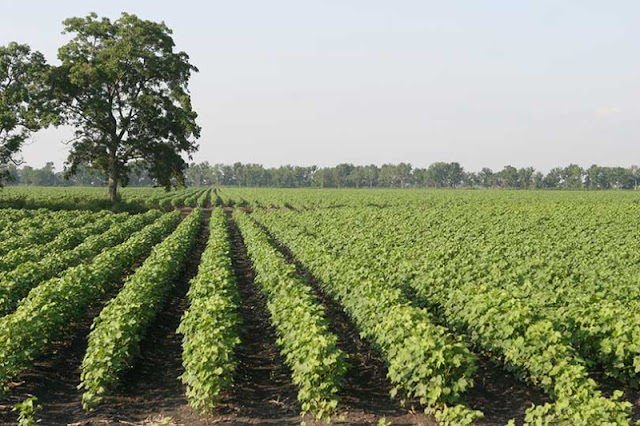 By Jennifer Dorsett
The recently-released U.S. Department of Agriculture (USDA) 2020 acreage report shows U.S. cotton acreage is down 11 percent from 2019.
The largest decline was in Texas, where planted upland cotton acreage decreased nearly half a million acres.
The acreage report stated demand for cotton declined due to increased supply and lower prices, but plantings have decreased due to a variety of factors, including the COVID-19 pandemic, which has heavily impacted commodity markets.
But prior to the pandemic, Texas farmers indicated they would likely be planting less cotton this year.
In the March Prospective Plantings report, USDA projected a planted cotton acreage decline of less than 1 percent from last year, expecting U.S. farmers to plant 13.7 million acres in 2020.
But the annual acreage report, released on June 30, shows U.S. cotton planted acreage decreased 12.18 million acres from last year’s crop, or down about 1.5 million acres from 2019.
Upland cotton acreage in the U.S. was down 11 percent, while Pima cotton acreage decreased almost 200,000 acres, or 15 percent.
In Texas, however, Pima cotton acreage increased by 5 percent, up 3,000 acres.
Farmers—especially those in the High Plains—may have turned to the extra-long staple variety due to Pima cotton’s typically-higher profit margins and need for less water.
Extremely high winds of more than 40 miles per hour for extended periods of time caused blowing sand to scorch fields in several counties stretching from the Panhandle to West Texas, which will affect harvested acres in the next annual report.
Of the 17 cotton-producing states in the U.S., 15 reported cotton acreage decreases for the year. Only Kansas reported an increase in plantings, from 175,000 acres to 195,000 acres.
According to USDA, 96 percent of the nation’s cotton acreage had been planted by June 21. That is 2 percentage points ahead of last year’s pace but equal to the five-year average.
As of June 21, 27 percent of the acreage was squaring, equal to last year’s pace but one percentage point ahead of the 5-year average.
Nationally, 40 percent of the acreage was rated in good to excellent condition. In Texas, the figure increased to 55 percent.
U.S. cotton farmers planted 96 percent of their acreage with biotech seed, down 2 percent from 2019. Insect-resistant or Bt varieties were planted on 5 percent of the acreage, an increase of 2 percentage points from 2019. Herbicide-resistant varieties were planted on 8 percent of the acreage, up 2 percentage points from last year. Stacked-gene varieties, or those containing both insect and herbicide resistance, were planted on 83 percent of acres, down 6 percentage points from a year ago.
In other commodities, USDA reported a 3-percent increase in corn acres, 10-percent increase in soybean acres and a 2-percent drop in planted wheat acreage. Rice, sorghum and peanut acreage all increased slightly.
Farm and Ranch